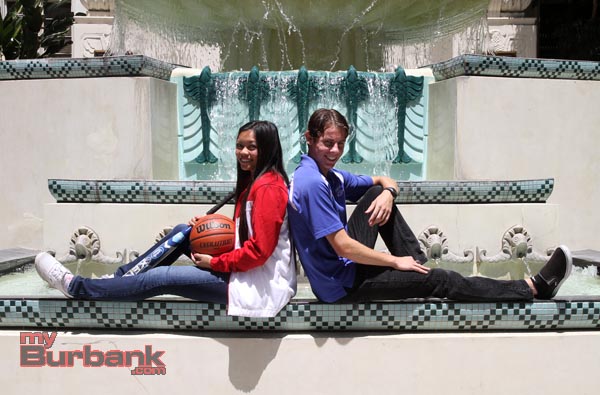 Sidney Ortega of Burroughs and Burbank’s Ethan Moskowitz (Photo by Ross A. Benson)

To excel in sports is a great achievement. To shine in sports and in academics is even a greater honor.

After four years of hard work and studious attention to academics and countless hours of sacrifice and commitment to their respective athletic teams, Sidney Ortega of John Burroughs and Ethan Moskowitz of Burbank High School earned their greatest reward- college acceptances to UCLA and Cal Poly Pomona, respectively. 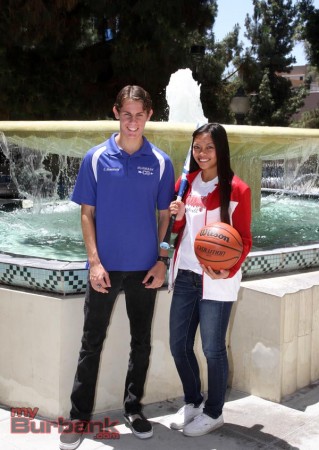 Simply the best (Photo by Ross A. Benson)

Pursuing excellence in the classroom and in sports has gone hand-in-hand for the two recent graduates. They embodied the true essence of a ‘student-athlete’ playing multiple sports while maintaining tremendous grades.

Their success in both realms of life has earned them the distinction as the myBurbank “Scholar-Athletes of the Year.”

Ortega, 17, excelled on the basketball court and on the diamond in softball while Moskowitz thrived in cross country and in track. Their sports are vastly different yet each had one common goal in mind at the end of the day- be the best you can be at whatever you choose to do.

Ortega was a member of the 2014 Pacific League champion JBHS girls basketball team and earned all-league second-team honors. She led the Lady Indians with a 10.1 scoring average and knocked down a team-high 54 three-pointers as Burroughs completed an undefeated league season at 14-0.

In softball, the Indians had a strong season as well finishing in second with Ortega again receiving all-league second-team recognition. She batted .518 and led the team with 43 hits and 37 runs. 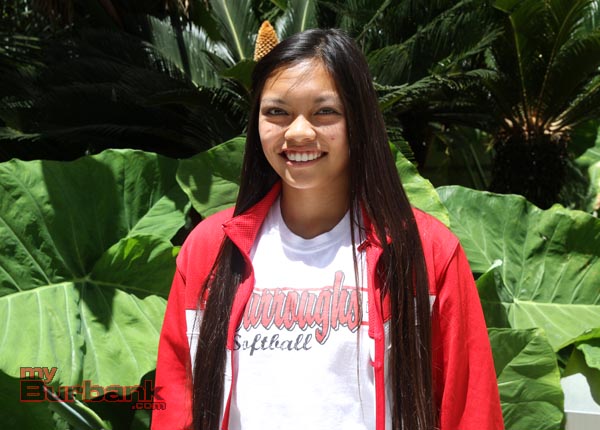 Burroughs recognized her outstanding accomplishments by naming Ortega the 2014 Mike Torrez Memorial Athlete of the Year this past spring.

Ortega fulfilled a dream come true when she was accepted into UCLA. From Luther Burbank to Burroughs and now to becoming a Bruin, Ortega has triumphed with flying colors.

“I didn’t plan on going to UCLA because I thought I wasn’t going to get in. But when I heard I did, I was doing backflips and cartwheels. I was so excited,” she said. “I get a good education and get to watch great sports there. It’s been a happy ending to a fairy tale.”

Moskowitz, 17, received the BHS cross country team’s ‘most inspirational runner’ award and was a second team all-league honoree as a senior. This past fall, the Bulldogs had a phenomenal season finishing second in league, placing ninth at the CIF Finals and sustaining a top-10 Division 1 ranking all season long.

In track, Burbank took second place in the Pacific League after another strong showing by the long distance squad in which Moskowitz played a pivotal role. 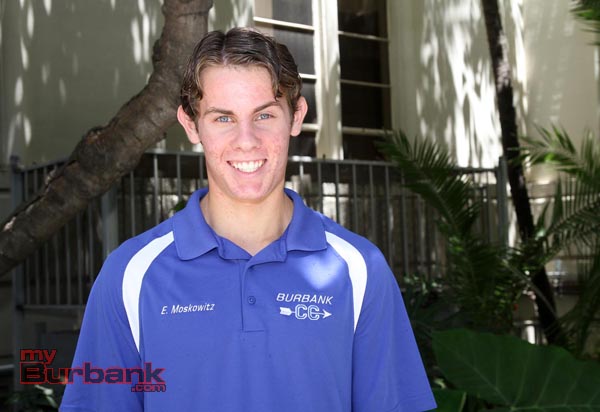 Moskowitz’s efforts in school (an exceptional 4.25 cumulative GPA) and in sports resulted in Cal Poly Pomona accepting and welcoming him on to the cross country and track teams.

From John Muir to Burbank and now to becoming a Bronco, Moskowitz has deserved everything that has come his way.

“It’s very exciting. When I actually took a tour of the campus, I knew when I walked around that this would be the school I would go to. It’s a beautiful campus,” he said. “I’m going to major in business and it’s a great business school. And I’m going to be running on their cross country and track teams. I’m going to fit right in.”

As the two scholar-athletes begin the next chapter in their lives, they reflected upon what their high school experience meant to each of them.

“It was great playing two sports. The sports made a difference and getting good grades was important,” Ortega said. “I’m also glad I did it because it changed who I met. Some of those people are my closest friends. They made a big impact on me.”

“Burbank gave me so many great life lessons and experiences. I also made so many lifelong friends,” said Moskowitz. “I learned how to balance academics with athletics by just going home after practice and getting straight to work. I learned how to discipline myself how to get the work done. I wanted to make sure I took care of grades and do well in athletics.”

Both were also very appreciative of their coaches’ support and guidance through the years.

“My coaches (Vicky Oganyan and Doug Nicol) helped me get through adversity. If I was at a low point in sports, they would always help me keep pushing. I will take that through college,” Ortega said. “They were always helpful, encouraging and wanted me to do well. They pushed me to strive to do my best. Slacking wasn’t an option. Without them, I don’t think I would have been as successful as I am now.”

“They (Trevor Marca and Darin Wolf) pushed me and motivated me to be successful. They created an environment where the whole program helped each other with academics. The upperclassmen tutored me when I was a freshman and I tutored when I was a senior. We all helped each other. Being a runner for four years played a large part in that.”

myBurbank Scholar-Athletes of the Year (Photo by Ross A. Benson)