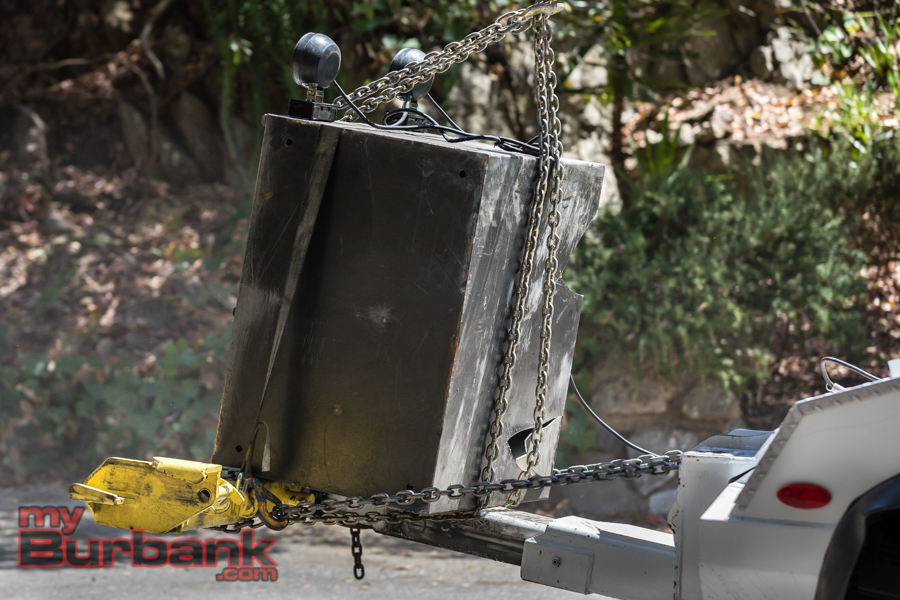 Catch basin do just that, they catch things.

One thing that crews from the Los Angeles County Public Works found while doing an inspection of one of it’s debris basins for the coming winter season was of a surprise nature. 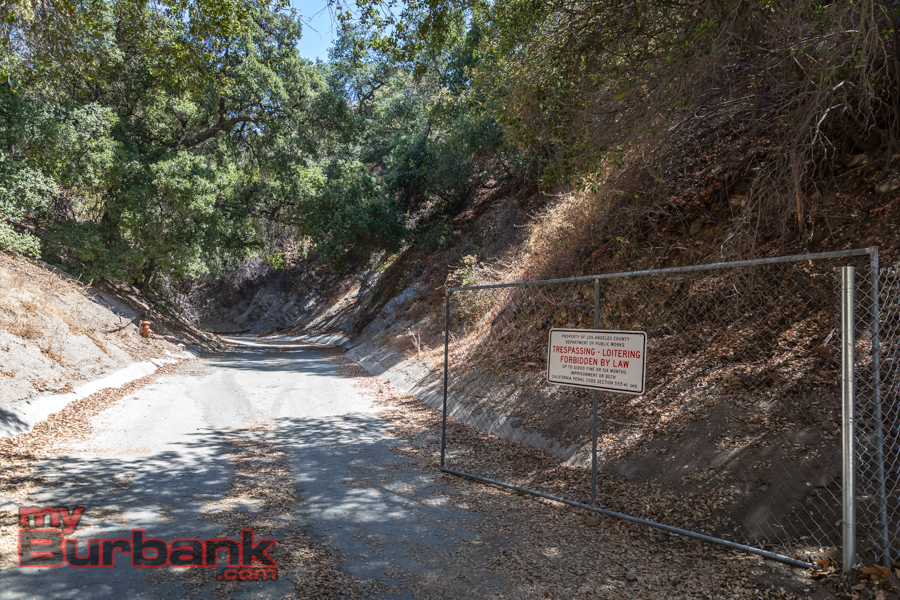 Burbank police received the call around noon on Wednesday, August 22 of a large safe that was in the basin. The large metal safe was mostly empty, except for some loose change according to Burbank Police Sergeant Derek Green.

A Burbank Forensic’s officer also went to the scene to investigate.

Green said that the safe had appeared to have been broken into, although there is no indication of where and when. He said it may have been dumped into the basin from an access road that is above the basin and Burbank detectives are investigating and will attempt to find the safe’s owner.

Because of the size and weight of the safe, police called a tow truck from Girard & Peterson to haul it down the hill for them.

Now if the catch basin can just catch the people who dumped it there. 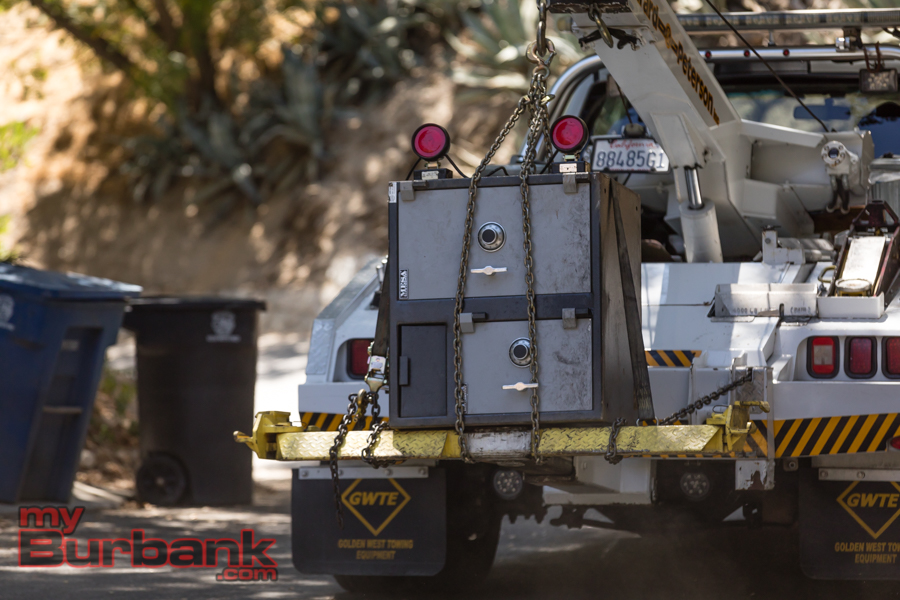