The Burbank Nationals Majors Little League team may have gone undefeated during the regular season. But they learned it is a whole new season in the Tri-Cities District 16 Tournament of Champions. 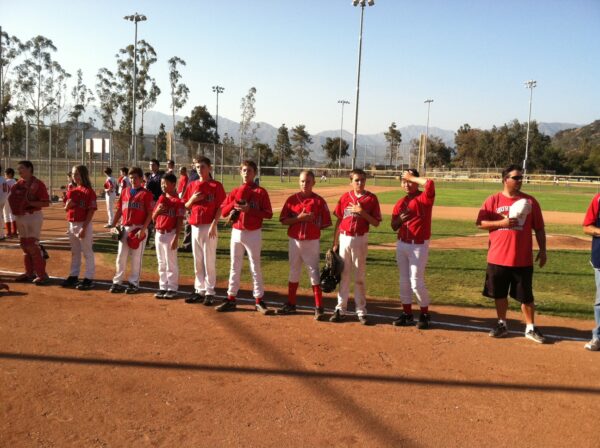 Monday night at Scholl Park in Glendale the Nationals had to rally in the bottom of the fifth inning to pull out a 4-3 victory over fellow city team, the Burbank Angels, to move on to the District 16 Championship.

The Nationals (23-1) will play the Gangi Builders of Crescenta Valley Little League Wednesday at 7:30 p.m. at Babe Herman Field in Glendale. If they win the Nationals would play Gangi once again on Thursday evening in the double elimination tournament.

“We went 19-0 in the regular season and lost to them in the first game of this tournament, so we had to drop to the loser’s bracket,” Nationals coach Thomas Magoon said of the Angels. “They’re a tough team. They have a lot of good kids over there.” 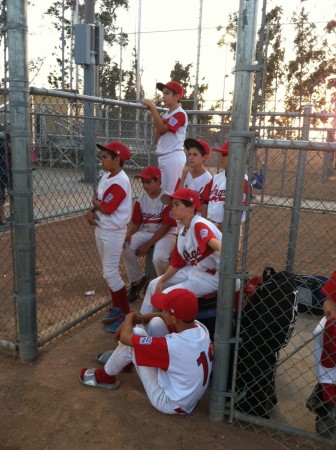 The Angels (16-6) had previously defeated the Nationals 11-3 back on June 9. The Nationals have now won four straight elimination contests to reach the title game.

Both teams overcame shaky first innings to settle down in what became a pitcher’s duel.

Max Meltzer led off the game for the Angels with a single and later scored on a passed ball.

The Nationals countered with two runs in the first inning. Chase Van Hock led off with a double and scored on a three-base error. Blaine Traxel scored the second run on a single by Chris Magoon. 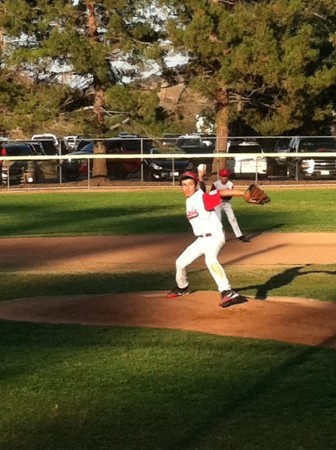 The Angels scored twice in the second inning as Jakob Duarte doubled in Marc Bin and Ethan Lee to regain the lead, 3-2.

Angels pitcher Gio Zamora pitched 4 1/3 innings before being removed because of pitch-count limit. After the first inning Zamora did not allow an earned run. He gave up just three hits and struck out five over that time span.

The Nationals won the game thanks to a pair of hits from Carter Kessinger and Joe Metcalf and were aided by two errors by the Angels. Both came around to score, as Metcalf’s game-winning run was scored on a passed ball that gave the Nationals the 4-3 lead. 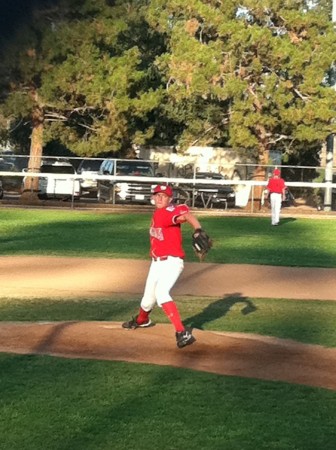 Traxel pitched the final inning for the Nationals and allowed just one runner to reach base.

“They didn’t give up. They knew they were underdogs coming in,” Angels coach Michael Bin said of his players. “My pitcher got burned out that’s why I had to take him out. I’m proud of each and every one of them. They’ve been fighting like this all year long. We had a great season. We just came out a little bit short in the last game and today.”

The Nationals now set their sights on CV Gangi who dealt the Angels their first loss of the tournament, 2-1, this past Saturday night.

NOTES: Following the game, District 16 Administrator Scott Moro honored his predecessor Dave Ritchie, who spent 18 years as the head of the district.

The Burbank Little League was established in 2000. For the first time in BLL history, every single Minors, Majors, Girls Softball Majors and Boys Juniors teams made it into the Tournament of Champions.

The Nationals and Angels are part of the Majors Division, consisting of 10, 11 and 12 years old.