The 10th anniversary performance of Nativity: The Musical! is wackier and more wonderful than ever.  Packed audiences are rolling-in-the-aisles with laughter one moment and blinking back tears the next.  It’s the Bible meets Broadway meets SNL, a trio of traditions old and new that each brings their own special gift of holiday hope and cheer. 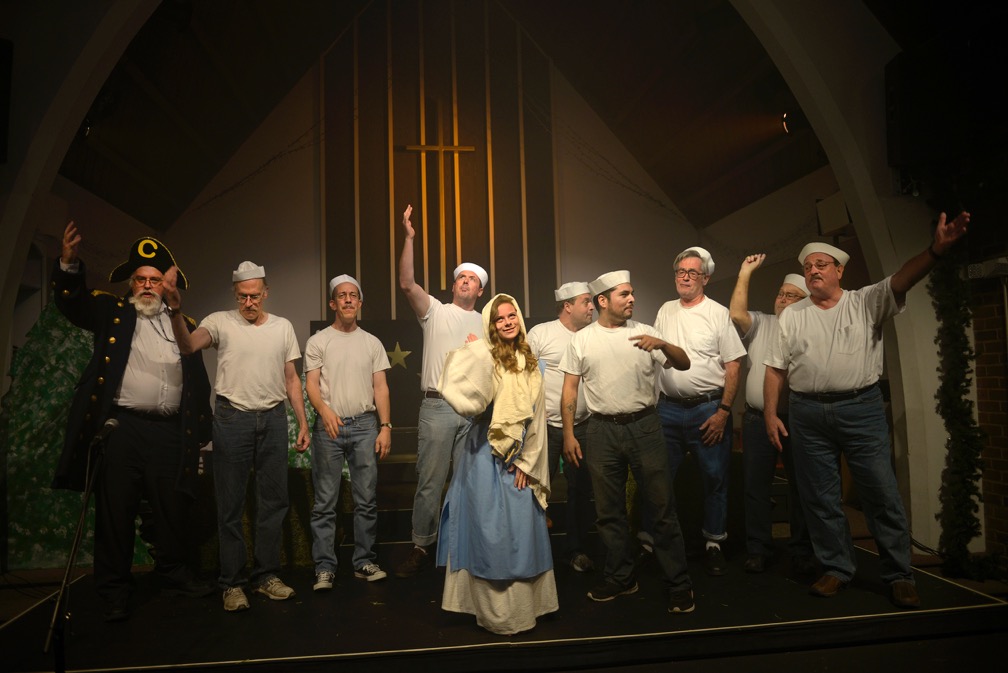 Fans of Breaking Bad will be pleased to know that Heisenberg and Jesse are now “breaking good.” It seems that one of the Wise Men forgot about the myrrh, and guess which guys are artists when it comes to cooking myrrh?

Fans already know that Nativity is an inspired mash-up of the traditional Christmas story with current events, popular shows and music, and whatever else comes to the edge-of-sanity minds of entertainment industry pros Greg and Melissa Baldwin.

“We were asked if we were willing to do a traditional Christmas pageant—you know, little kids with fake beards,” related Greg. “But Melissa and I wanted to make it more like a rousing, old time musical.” And apparently, one with room for real life ponies. 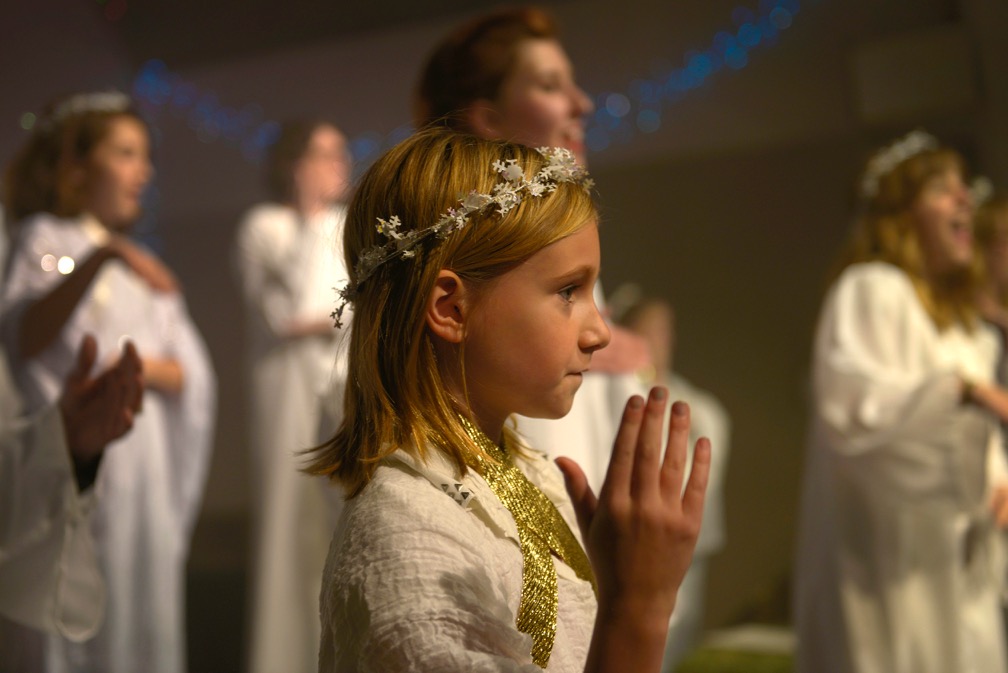 So how did all the inspired madness get mixed in? “We have very strange senses of humor,” says Greg. “Fortunately for us, other people seem to have a strange sense of humor too.” Greg and Melissa have been at the helm of Nativity for all ten years, with Greg doing most of the writing and Melissa most of the directing. But it’s the synergy between them that has kept the production fresh year after year.

Perhaps surprisingly, Nativity seems to resonate with more conservative audiences as well as trendier ones. Perhaps that’s because Nativity, for all its fractured-fairytale trappings, doesn’t forget “the Reason for the season.” “The actual Nativity tale gets worked in,” says Greg, “and we treat those parts with reverence.” But it’s a reverence that banishes polite boredom with heartfelt songs and inspiring tableauxs. 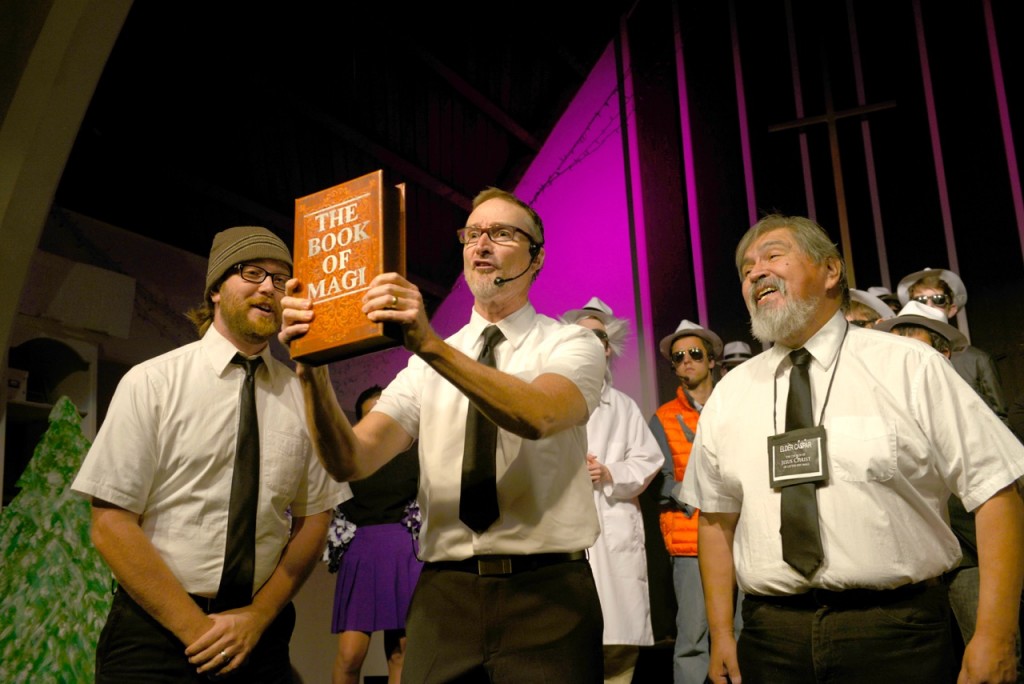 As of Friday afternoon, there were only 40 tickets remaining for the final, Sunday evening performance on December 21 at 8:00 p.m.  It seems that Nativity: The Musical! has many more anniversaries ahead of it.


Staged by Imagine, the drama ministry of Westminster Presbyterian Church at 542 N. Buena Vista Street, Burbank 91505 (at the corner of Buena Vista and Clark). A donation of $10 per adult (or $8 in advance) and $7 per student (or $5 in advance) is suggested. For tickets or more information, call Westminste Presbyterian Church at (818) 842-5264.or visit
http://www.westpresburbank.org. 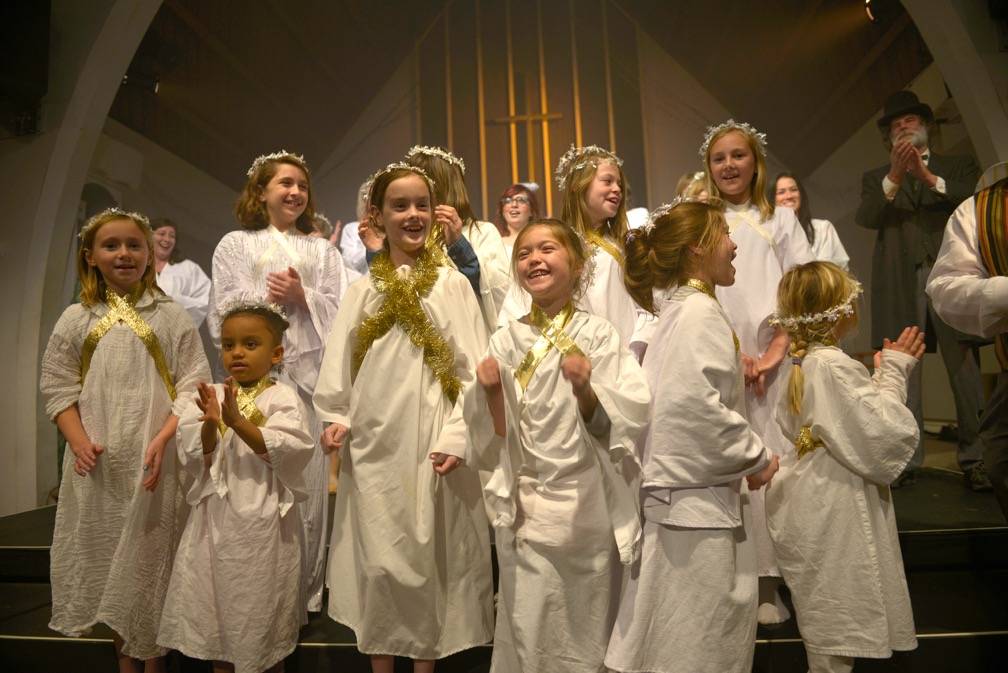