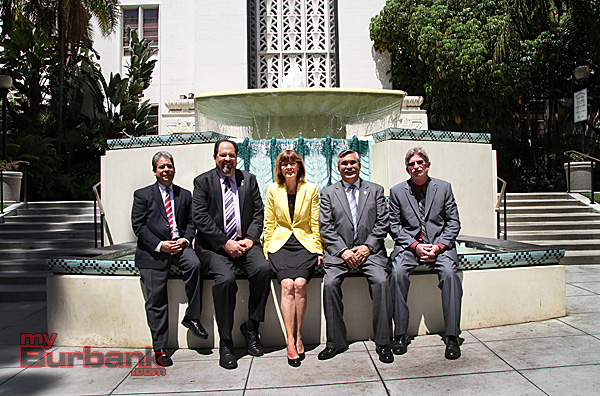 While the annual Council Reorganization meeting is in itself nothing earth shattering every year, this year’s had two major questions that were on everyone’s mind. 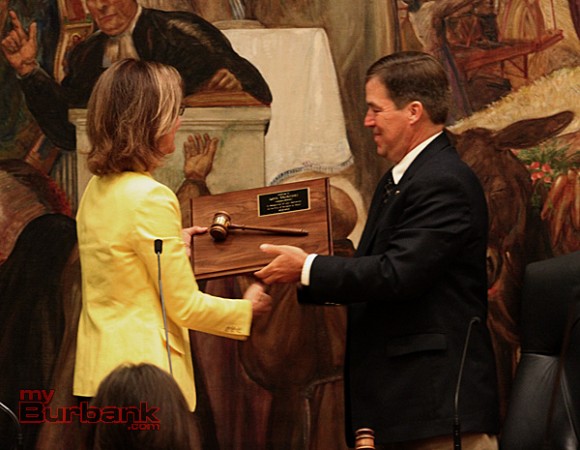 To start with, how will Mayor Dave Golonski bow out after 20 years on the council?  Secondly, with a strong showing at the ballot box giving the feel of a mandate, will the new council listen to voters and finally give Dr. David Gordon his due as Vice Mayor after seven years of waiting?

Both questions were answered in the nearly two hour meeting. The first came early as Golonski was very reflective in his final comments, talking about the many items over the year’s that he has helped guided and many of the accomplishments while he has been on the council, and current projects such as the Verdugo Aquatic Center that is set to be completed soon. 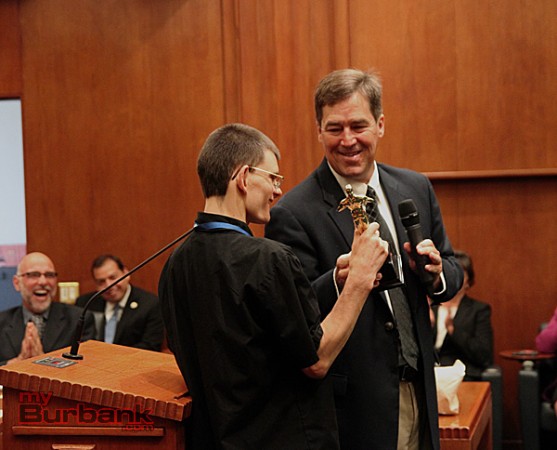 Outgoing Mayor presented a gift to his number one assistant son John for always helping him and shadowing him at events. (Photo by Ross A. Benson)

He also spent time thanking his family and friends in a very touching speech after first thanking all of the department heads throughout the City. After that, Golonski and his family gathered and left the Council Chambers together, leaving the Council at four members. 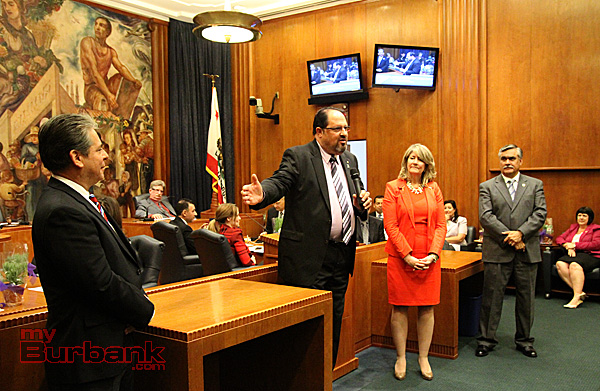 City Councilman David Gordon thanks his supporters and welcomes Robert Frutos to the City Council. (Photo by Ross A. Benson)

Current Vice Mayor Emily Gabel-Luddy moved up to Mayor as expected and after an inspired speech and talking about a new attitude of working together, showed  that this was indeed a new era in Burbank as Dr. Gordon was selected to the position of Vice Mayor. While both positions are mostly ceremonial and rotate on a yearly basis, Dr. Gordon seemed very grateful and showed some rare emotion, lifting both hands over his head, after the vote was final. 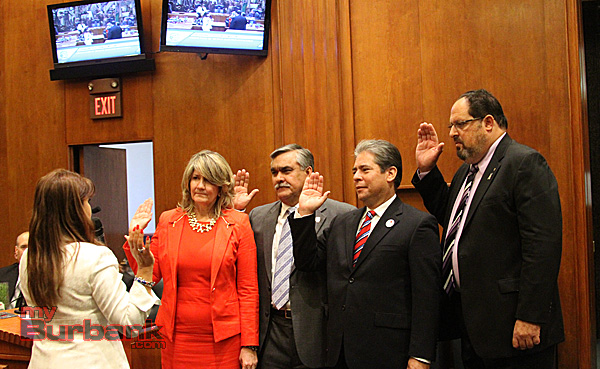 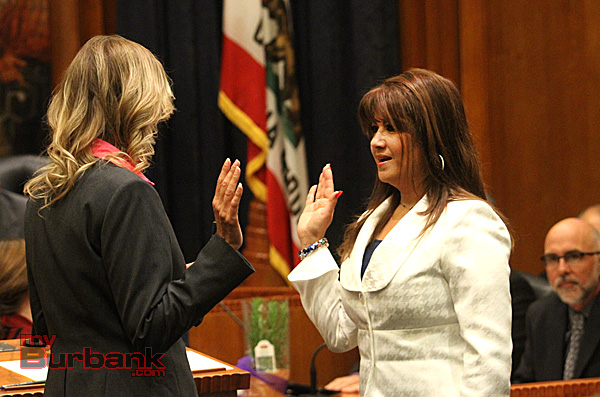 Being administered the oath of office is City Clerk Zizette Mullins from Assistant City Clerk Susan Domen. (Photo by Ross A. Benson) 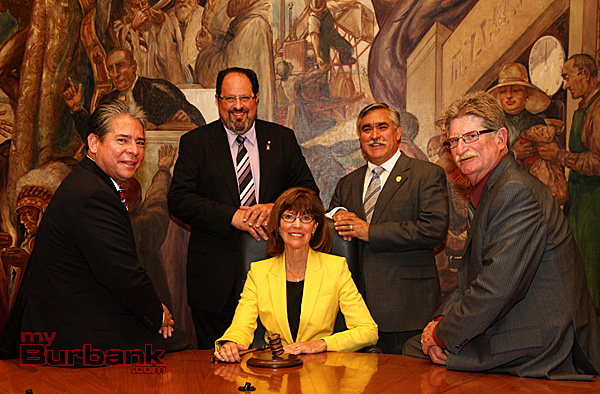