With the recent arrest of a Burbank 10 year old, this picture is of a Press Conference held in Burbank City Council Chambers after a male walked on the set of KNBC News at 5:00PM some 20 years ago with a toy gun holding it to Horwitz’s head while making unusual demands.

The purpose of the Press Conference was that Burbank wanted the State to make it mandatory that toy gun makers be required to put a bright orange tip on the barrel of guns so people know when it a toy gun or not.

Today the law is in place but there is nothing to cover paint ball or pellet guns. 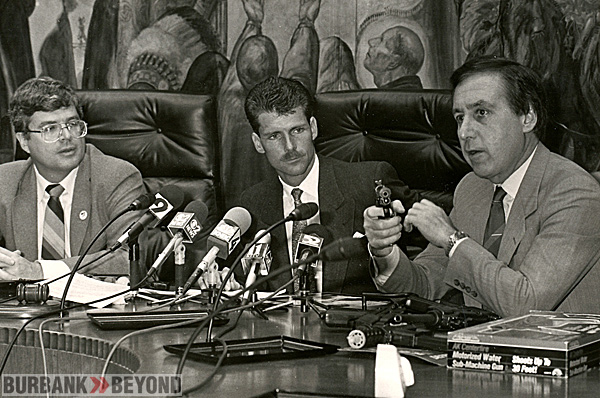