Numerous officials from the City of Burbank, including from the Police, Fire and City Departments, along with officials and teachers from Burbank Unified School District also toured the newly opened facility.

Nickelodeon employees are already settled in and working in the new building and renovated spaces.

The sustainable complex houses more than 700 Nickelodeon employees and over 20 productions, including The Loud House, SpongeBob SquarePants, Shimmer and Shine and Teenage Mutant Ninja Turtles.

“The opening of our new offices in Burbank is a significant moment for Nickelodeon,” said Cyma Zarghami, President, Nickelodeon Group. “We are ushering in a new era of creative excellence and increased collaboration for everyone who works here.”

The Nickelodeon Animation Studio complex includes a new five-story building and a 23,000 square-foot, redesigned courtyard, in addition to the newly renovated, original 72,000 square-foot studio that first opened in Burbank in 1998. 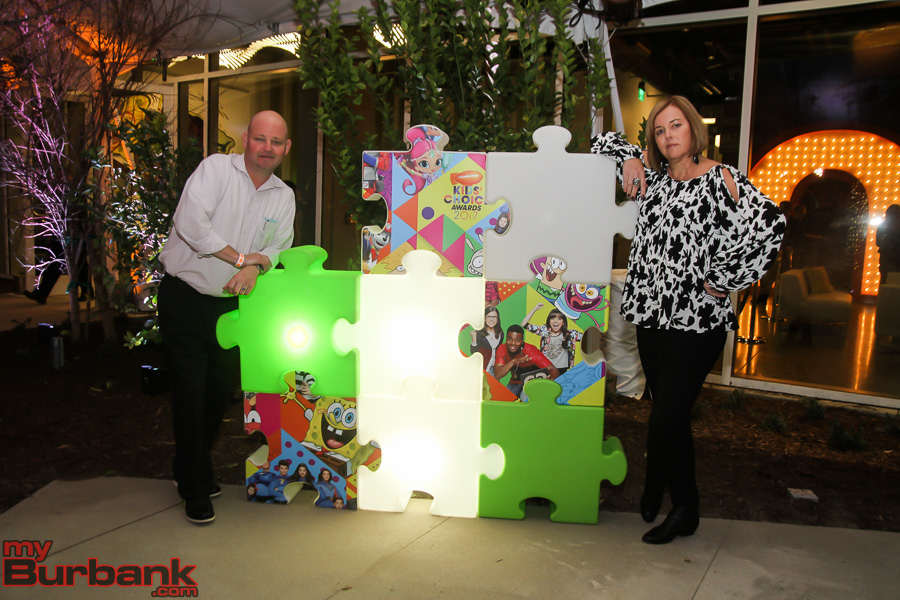 A central, trellised “working gallery” runs the length of each floor in the building, providing open space for collaboration and to display work in progress. Employees can brainstorm on chalkboard, dry erase and magnetic walls.

The courtyard connects the new and original buildings, while serving as an outdoor work and meeting area with a full range of audio/visual capabilities. The open area is decorated with a 400-pound statue of The Ren & Stimpy Show’s Stimpy situated in a Zen garden, stone benches etched with live-action and animation creators’ artwork and quotes, wire sculptures of Henry Danger, Clarissa Explains It All, Avatar: The Last Airbender and Dora the Explorer, among others, and banners of every show currently in production.

A rotating art gallery of work by current employees and outside artists brightens the environment. An archive and library features Nickelodeon’s contributing artists and their pencil test renderings, creators’ notes and painted cells.

“Since we first planted our flag on the West Coast in the early ‘90s, Nickelodeon in Burbank has been a beacon to the creative community, and our new complex now signals our increased commitment to giving our creators and employees the very best environment and resources to be successful,” added Zarghami.