Nickelodeon Animation Studio recently hosted a Halloween party for children from the Boys and Girls Club of Burbank at its Burbank-based production facility. Actors from Nickelodeon’s popular shows Game Shakers and Bella and the Bulldogs were on hand to introduce some sneak peeks at special Halloween episodes and meet the children.

After the Halloween screening, Nickelodeon animators drew caricatures for the children and the attendees decorated pumpkins, ate spooky treats and dressed up in Nickelodeon props in the photo booth. 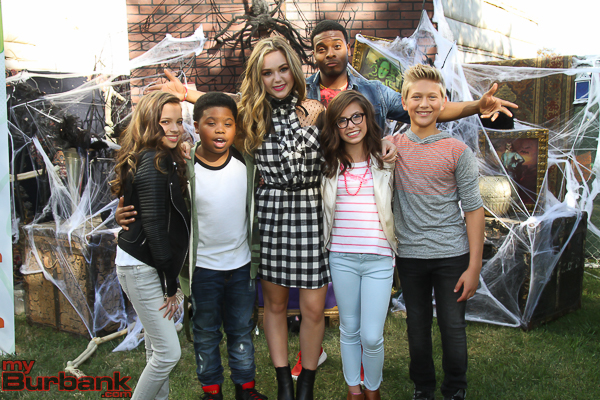 Actors from “Game Shakers” and “Bella and the Bulldogs” introduced several Halloween shows from Nickelodeon Animation Studios. (Photo by © Ross A. Benson)

A special episode of animated hit Harvey Beaks, “Le Corn Maze… OF DOOM!,” brought forth giggles from the crowd. A clip from Liar, Liar, Vampire, which stars Bella and the Bulldogs’ Brec Bassinger, was screened along with a clip from Game Shakers, “Scared Tripless.” 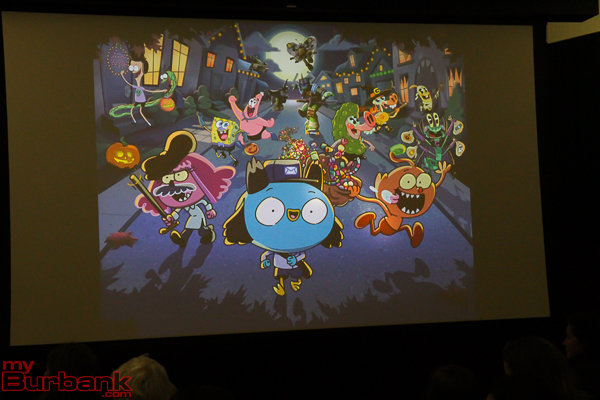 “The upcoming Halloween episode of Bella and the Bulldogs was fun to shoot because of the camp out on the field where they had a bunch of tents out on the field,” commented Bassinger. “In-between takes, a few of us went into the tent and we forgot to tell production where we were. All of a sudden we hear action and we all run out of the tent! They didn’t know we left. It was so hilarious.” 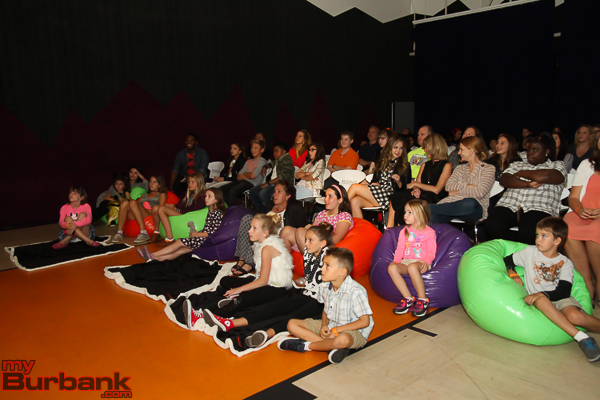 “I enjoy playing such an empowering female on Bella and the Bulldogs,” she added. “Bella is an inspiration to me, so I feel honored getting to play her.”

“I’m so excited about Liar, Liar, Vampire because it is a relatable story, but portrayed in such a unique way!” Bassinger added. “Something fun about the movie is that each character has a special color that is incorporated in each outfit. Vi’s color is purple, Caitlin is pink, and so on.”

“The Halloween episode was definitely one of the most fun episodes we have filmed so far,” commented Shipman. “I really enjoyed the pet snake we had on set. The decorations were pretty cool too.” 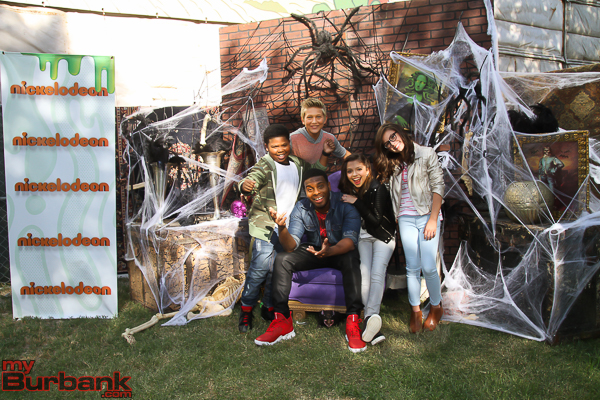 “I love playing Kenzie. I feel like Kenzie really is a lot like myself,” she also said. “Being a nerd can be fun. We’re both a little quirky and goofy. I embrace it!”

“The Halloween episode of Game Shakers is full of crazy plot twists and surprises,” added Cicchino. “They really make the episode super special and of course hilarious!!” 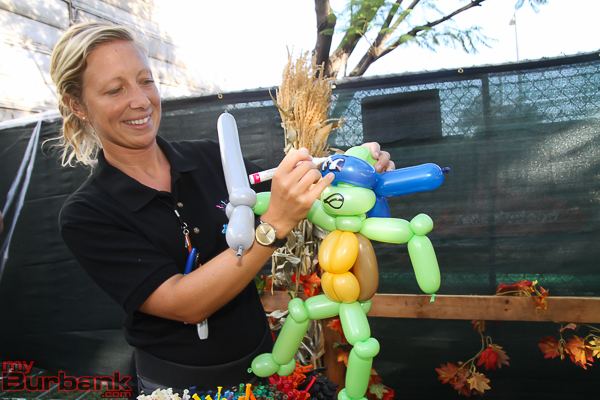 “The upcoming Halloween episode for Game Shakers is about Double G trying to scare Triple G on Halloween,” explained Kuc. “Double G has scared Triple G ever since he was a baby and this year he wants to do it extra special by teaming up with Babe and Kenzie.”

“But Babe and Kenzie double cross him and tell Trip about Double G’s elaborate plan. You have to remember though you can’t mess with Dub… This episode is going to be full of awesome, funny surprises making it a fun and spooky Halloween episode.”

“For the upcoming season in Game Shakers, I’m really excited about the new amazing and funny scripts that the legendary Dan Schneider creates,” added Kuc. “So much laughing in every episode. I also can’t wait to see how our characters change, mature and grow as the season goes by.”

Actors from “Game Shakers” and “Bella and the Bulldogs” introduced several Halloween shows from Nickelodeon Animation Studios. (Photo by © Ross A. Benson)