On Thursday, March 13, Nickelodeon’s Carson Smith, Omar Haro, Dominique Austin and Rafael Torres loaded up the Nickelodeon truck and their own private vehicles with 43 Mac Pros, 23 iMacs and more than 20 monitors and delivered them to BUSD’s Technology Services Divison.

“We at Nickelodeon think it is extremely important to partner with the community, and since our motto has always been ‘Kids First,’ we thought it was fitting that the gently used computers would benefit children in the area,” commented Smith.

“Additionally, they are in perfect working order, and by donating them we were able to keep them out of a landfill and put them in the hands of someone who could put them to good use,” he added.

Coordinated by BUSD administrators Sharon Cuseo and Charles Poovakan, the district’s technology department received the donation to prepare for disbursement to John Muir Middle School and George Washington Elementary School. Muir and Washington will receive the donated equipment as part of their ongoing partnership with Nickelodeon. 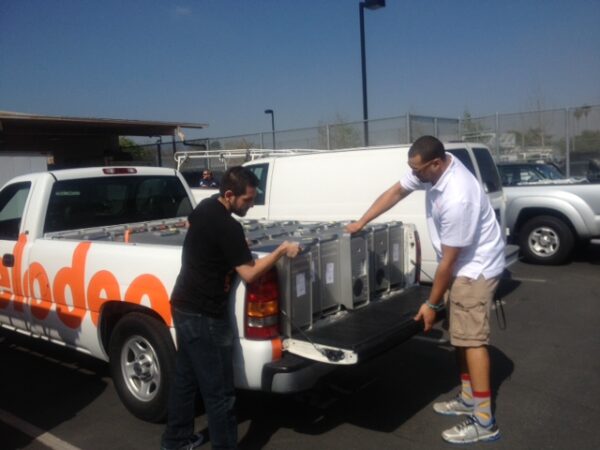 “This is yet another example of Nickelodeon’s commitment to supporting Burbank Unified schools and students,” said BUSD Arts Coordinator Peggy Flynn.

“Russell Hicks and Carson Smith are visionaries who understand the impact donations like these have on our efforts to meet the needs of our students,” Flynn continued. “Their leadership and the contributions of the entire Nickelodeon team help to ensure we will have the tools our teachers and kids need to develop the twenty-first century skills. We are so fortunate to have such amazing neighbors!” 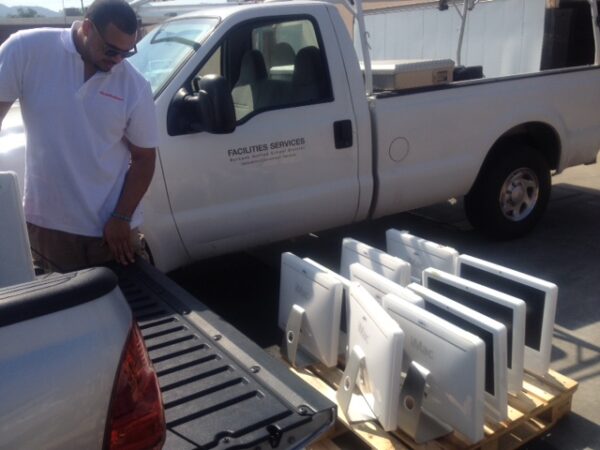 Burbank Unified continues to develop their 21st Century Classroom plan, as the need for additional technology interfaces in the classroom grows. Educators see technology as a way to connect with a wide group of students, as well as a way to prepare young learners for their futures past secondary education.

As professional purveyors of media, Nickelodeon, along with other area studios, often quickly outgrow the abilities of their computers and monitors used for cutting-edge technology and creative services. While not old by consumer and average user standards, the hardware can often find a second life for use in local schools.