Each year, Nickelodeon holds a Thanksgiving feast at the studio on Olive Ave. for employees, on the Friday before Thanksgiving, in addition to an annual Thanksgiving food drive to benefit the Burbank Temporary Aid Center.

“This year, we donated nearly 9,300 food items, which equates to about five tons of food, which should help out over 1725 local families during the holiday season,” commented Carson Smith, Human Resources Manager at Nickelodeon. 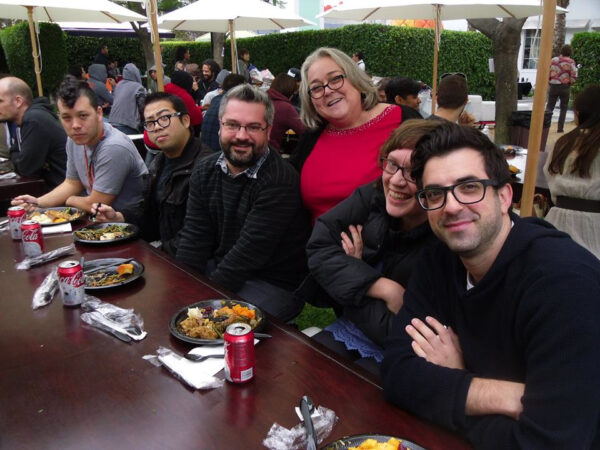 “The studio is broken up into teams, usually by production or department, with each team having an equal number of employees,” added Mr. Smith, explaining how the food drive is conducted as a competition. “The winner this year was the Teenage Mutant Ninja Turtles crew.” 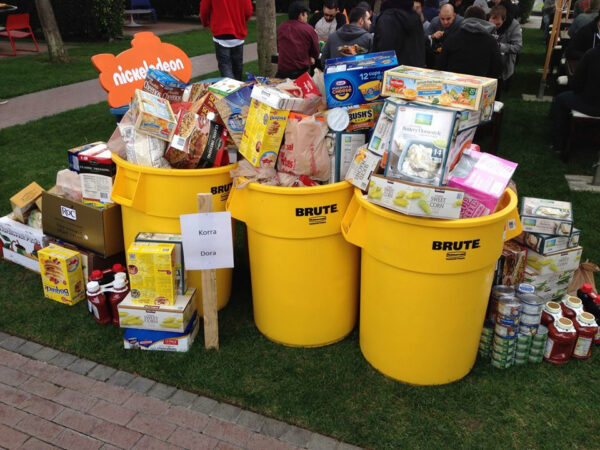 “Each year, the employees at Nickelodeon top their efforts from the year before. I am continually touched by their enthusiasm and generosity,” commented Ms. Howell. “The food will be used to provide holiday groceries for local families. Any excess will go onto BTAC’s shelves to provide groceries in the coming months.”

“This is really important, because January and February are very slow ‘donation’ months at BTAC,” Ms. Howell continued. “Nickelodeon’s help will ensure we are able to help Burbank families both now, and later.” 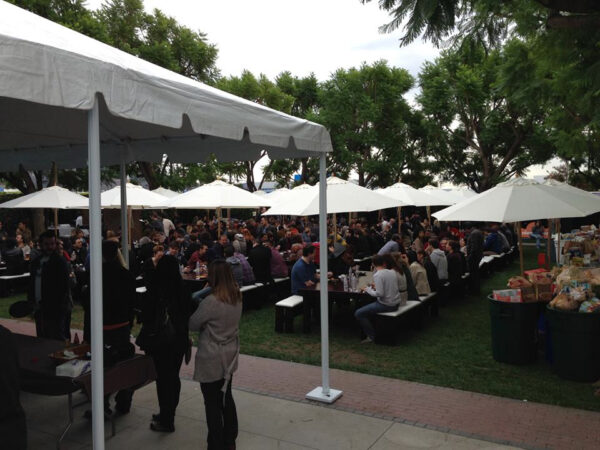 Nickelodeon employees line up for a meal catered by Dulan’s On Crenshaw restaurant. (Photo Courtesy of Nickelodeon)