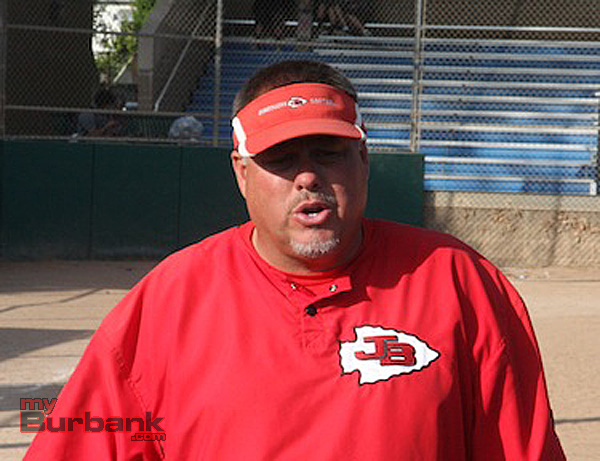 Citing a need to take a break, Burroughs High softball coach Doug Nicol has announced he is stepping down after six seasons and four Pacific League titles.

“Burroughs has been really supportive,” Nicol said. “I’ve gotten 25 to 30 e-mails or texts from parents and past players saying thank you. It has been pretty overwhelming.”

Nicol said it has been a long time since he hasn’t coached.

“Since 1986 I haven’t had one year off,” Nicol said. “It’s as simple as I need a break and I want to support my kids. I need a break to stay healthy.”

His daughter Delaney will be entering her sophomore year at Hamilton College in New York, where she plays softball.

Nicol’s teams went 128-38-1 in his six seasons, reaching the semifinals of the Division 3 playoffs this past season, the best in school history.

The softball program was the second one Nicol had taken over at Burroughs. He took over the girls’ basketball program in the summer of 1993 and stayed with the program until 2004. He posted a 201-116 record in that stint.

Nicol said stepping down was not easy to do.

“I always thought I’d come back after getting a few weeks off in the summer. This summer I just felt worn down and you have to make my decision now because they are going to have tryouts in August. The decision has to be made now so the new coach can come in a have their own stamp on it and have their own tryouts,” Nicol added.

With All-CIF pitcher Presley Miraglia returning for the next two seasons, Nicol is happy with where the program is.

“There’s a lot of talent at Burroughs,” he said. “One of the things I’m most proud of is that I’m not leaving when the cupboard is bare. The program is healthy and strong and they should be one of the favorite to win the league next year.