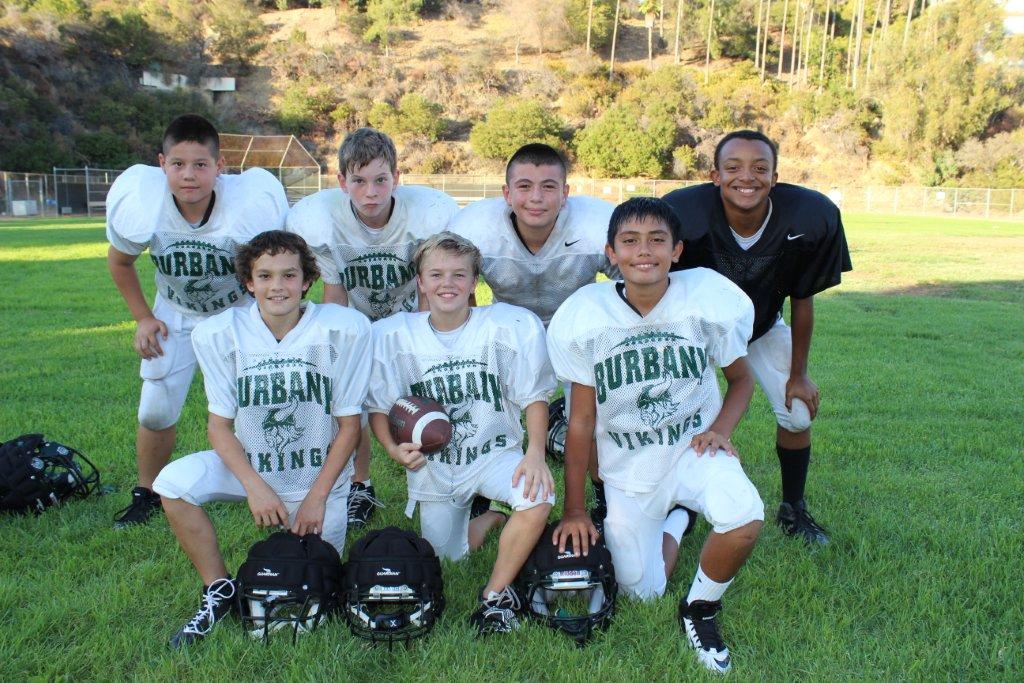 Once in a lifetime opportunities don’t come around very often. Just ask Loyal Terry, one of nine members of the Burbank Vikings tackle football program recently selected to play in the prestigious 2013 Offense-Defense All-American Bowl in Houston, Texas.

“I can’t believe it,” Terry said. “Our hard work is paying off. This will be an incredible experience.”

All nine players, along with the rest of their Midget Green teammates, attended the Offense-Defense Football camp in July at Chapman University in Orange and San Diego State. It is the biggest full-contact football camp in the country and the most outstanding players at each position are selected to participate in the All-American Bowl each year.

The icing on the cake? The 2013 All-American bowl game will be played on January 1, 2013, at Reliant Stadium, home of the Houston Texans.

“I can’t stop smiling,” Pimentel said with a grin. “I am excited and nervous at the same time.”

Prior to the bowl game, the boys will enjoy a full week of football activities in Houston beginning the day after Christmas.

“This is the best Christmas present of all,” Mason Gandara said.

Mason’s younger brother, Ian, tagged along with the Midget Green Vikings to the summer camp and earned his way to Houston via a dominant performance as quarterback in the Pee Wee division.

Midget Green head coach Corey Enman and assistant coach Dan Moore took the team to the camp as part of their pre-season plan to prepare them for the upcoming season.

“Games are won in the summer; not the fall,” Enman said.

Flipping tires, pulling sleds and throwing medicine balls months before the season began is paying off. The team is currently undefeated at 3-0.

Enman, a former football standout at Western Connecticut State, has high expectations of his players.

“He told us that the [All-American bowl] game doesn’t change anything,” Terry said. “He still expects us to work hard and give 100%.”

The nine players, between the ages of 10 and 12, have dreams of playing professional football one day and are excited and anxious for the opportunity to play in an NFL stadium.

“Actually, I am just as nervous about the plane ride as I am about the game,” Terry said.

Making the trip to the bowl game will not be easy. A tremendous fundraising effort is required in order to send the players and their families to Houston. Enman is confident that the money can be raised due to his players’ extremely supportive and dedicated parents.