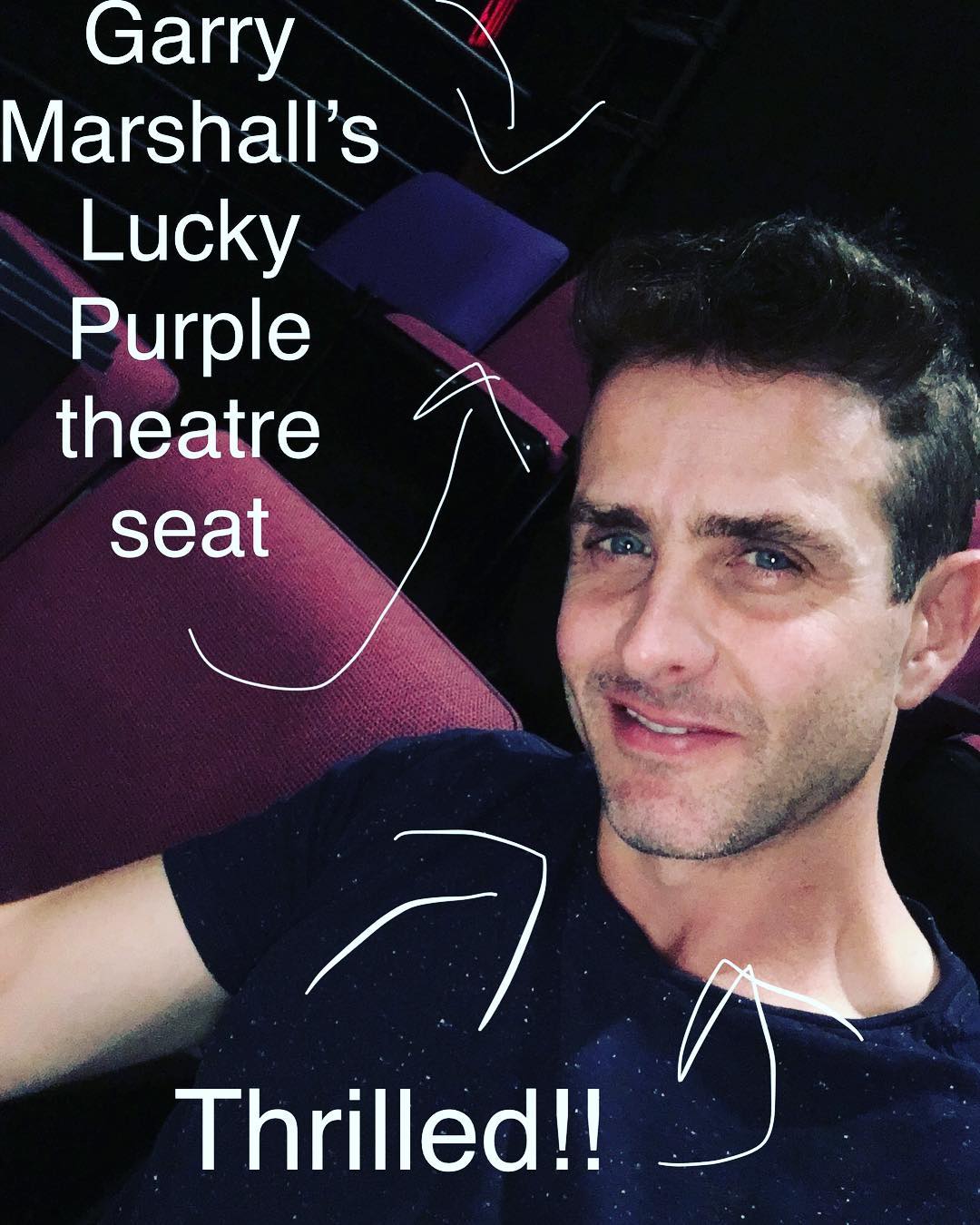 Joey McIntyre became a member of New Kids on The Block when he was a preteen and then in his twenties, he tried his hand at acting. In the last few years, he starred in two sitcoms The McCarthys on CBS and Pop TV’s Return of the Mac that was a mockumentary about his life now.

Talking about now, he has joined the cast of A Funny Thing Happened On The Way To The Forum at the Garry Marshall Theatre. He is filling in for Paul Vogt, who he says they are “practically twins”, for three weeks starting on Wednesday, November 22nd. This is the second time he has done a production at the theater. The first time was back in 2006 when he played The Fonz in the stage version of Happy Days. Five years later, he worked with the late great Garry Marshall in the feature film New Year’s Eve.

McIntyre had this to say about joining the Sondheim Musical, “Working with #GarryMarshall is something I will treasure and to be back with this amazing family is a dream. Come see us!!” Us as in his co-stars Paul C. Vogt, Candi Milo, Kevin Symons, Nicole Kaplan, Michael Thomas Grant, Ethan Cohn, E.K. Dagenfield, Clayton Snyder, Vanessa Nichole, Shamicka Benn and Liz Bustl.

Even though he will not be appearing with the Forum until next week, tonight is the show’s opening night. A Funny Thing Happened On The Way To The Forum has performances from now until New Year’s Eve, ironically enough. Tickets, starting at $45, are available at the Garry Marshall Theatre website or at the box office located at 4252 W Riverside Drive. For more details, you can call (818) 955-8101.