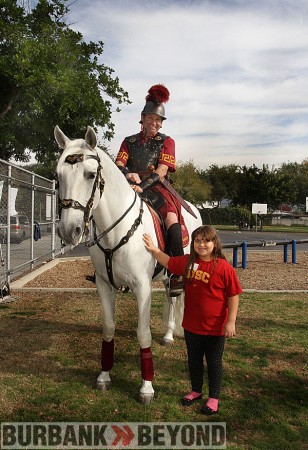 USC mascot Traveler shows his gentle side at McKinley Elementary School. (Photo by Ross A. Benson)

This past week McKinley Elementary School held their ‘Rivalry Day’ with the idea that even while attending elementary school you can start thinking about colleges.

Kids played relay games and even got to pet Traveler, the real USC Mascot.  Traveler who is owned by Burbank resident Joanne Asman and is ridden by Hector Aguilar, who is also a Burbank resident and former Burroughs High student.

USC made sure they were well represented (Photo by Ross A. Benson)

The idea of rivalry day came about a couple of years ago during a parent teacher meeting when a teacher and a parent were brainstorming how to get elementary students to think about their future. The days not only involve the fun & games, but the kids also collect funds for a scholarship program for McKinley grads who after high school decide to go on to a college of their choice and can submit an application for use of the student funds collected. 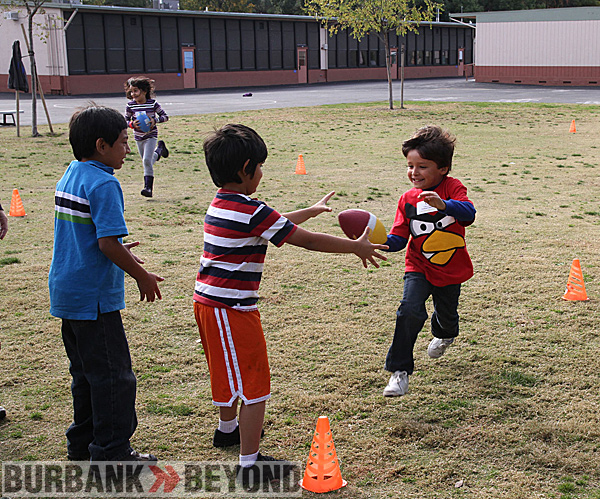