As electric vehicles and motorcycles continue to gain popularity, national, week-long events to celebrate EVs and push the average person to break their dependence on gas have also surged in popularity.

The events seek “to heighten awareness of today’s widespread availability of plug-in vehicles and highlight the benefits of all-electric and plug-in hybrid-electric cars, trucks, motorcycles, and more,” NDEW’s site states. Such vehicles “are fun to drive, are less expensive and more convenient to fuel than gasoline vehicles, are better for the environment, promote local jobs, and reduce our dependence on foreign oil.”

For those considering going electric, the events also are an opportunity to talk to owners who have successfully done so.

Plug-in electric car sales during 2014 rose above the 100,000 level, to total roughly 118,500, according to a February report by Greencarreports.com. Last year’s total represents a 27-percent gain over calendar year 2013.

It’s the third annual increase in full-year sales in the U.S. since modern electric cars first went on sale in December 2010; the 2013 total was about 93,000, the site reported.

Burbank resident Jose Soriano has been riding motorcycles for 20 to 25 years, and described himself as “one of those crazy people that owns a bunch of bikes.”

“It’s something I just wanted to try out,” the 15-year resident said of electric motorcycles. “I’m a gearhead, and a geek, I love new technology. Electrics always fascinated me. I read up on them. When the Zero came out, I felt it was the first viable electric motorcycle that felt like a real motorcycle.” 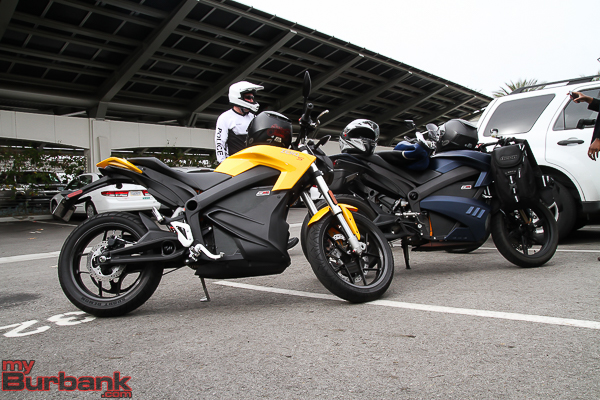 Soriano heard about the 2012 Zero and went to test drive it, but thought it was “not quite there yet.” The 2013 model was better, Soriano said, adding that it “felt like a real bike, was smooth and quiet.” So he bought it.

“I ride it more than any other bike I own,” Soriano said. “There are limitations of course — I can’t go on an all-day ride up the canyons, but it’s perfect for commuting, it has more than enough power.”

At the time, Soriano was commuting to Manhattan Beach from Burbank, and said he could go and come back on a single charge.

With traffic, the range doubles, Soriano said, because you’re traveling at slower speeds. 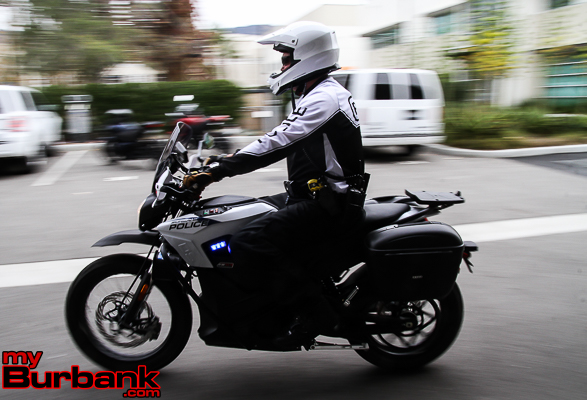 “As a commuter, there is nothing better unless you want to be in a car, and that’s a different story,” Soriano said.

A lot of people have preconceived ideas about riding electric motorcycles, Soriano said.

“They have no idea what they are talking about until they get on one,” he said. “It’s so much better than you think. I’m a dyed-in-the-wool motorcycle guy, and to say I prefer a Zero to the others [I have], is saying a lot.”

Soriano said he always tells friends to ride the Zero because the things they think they like that are not there, like gears and noise, they won’t miss, he said.

“I can’t wait for the future, the technology will be better, and the charging infrastructure will be like gas stations — it will be  quick and easy [to charge]. In my opinion, we won’t go back. Think of where people got gas when cars first came out. With demand, it became much easier to gas up.

“EV owners will probably say their driving experience is revolutionary,” he said. “Until you drive it, you will understand it. It’s so much better, in so many different ways.”

Harlan Flagg, owner of Hollywood Electrics, where Soriano bought his Zero, was happy to hear about Burbank’s new curbside chargers and hoped to see more around Los Angeles.

“They’ve been doing it in Europe for a years now,” he said. “It’s one of the questions I always get: ‘Where do I charge if I don’t have a garage?’ It’s a really good question.

“At my previous apartment I talked to my [building] manager and had [a charger] installed in my spot, but not everyone has a spot. Charging infrastructure is one of the biggest challenges.” 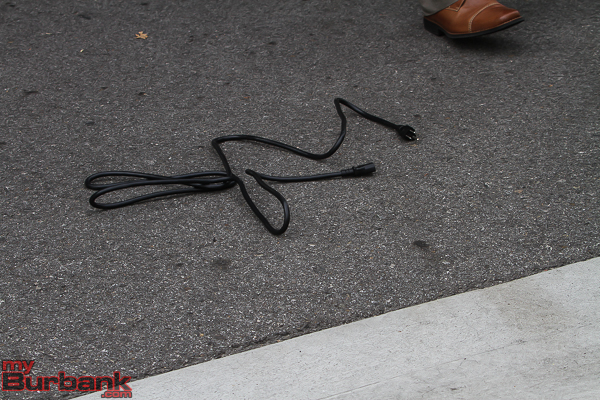 “We’re so used to our routine about stopping and filling up for gas,” Harlan said. “But [with EVs] when you go home, you plug in and charge. You get to work, and charge. How convenient would it be if you had a gas station at home? It really is living the dream with electrics in that regard. You don’t realize how antiquated stopping for gas is until you don’t have to do it anymore.”

Hollywood Electrics is a local sponsor of NDEW, and Harlan said about 20 customers rode from the store in 2012 for that year’s NDEW event.

The store, perhaps the top retailer for electric motorcycles, also worked with the city of Burbank and the Burbank Police Department when the department acquired two Zero DSP models in 2014. 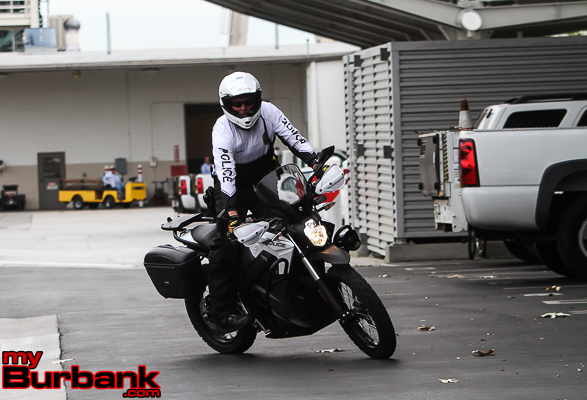 The motorcycles were acquired through Burbank Water and Power’s public benefits program, to highlight projects like this for alternative energy, Burbank Police Lt. Jay Hawver said.

City documents show the utility covered the $50,000 cost of the two motorcycles. 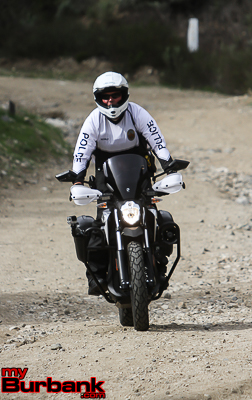 Hawver said some officers were trained in off-road use, and now patrol the fire roads and foothills above Burbank, expanding their enforcement area.

The motorcycles go about 150 miles on a single charge, and there are four different modes the Zero can be used in, he said.

Thus far, the Zero has not had to be recharged during a 12-hour shift, Hawver said.

“We have a quick charger, but I don’t think we have used it,” he said, adding that the motorcycles are used during the day and charged at night.

While Hawver wasn’t certain if the Zero could be charged at one of the new curbside chargers, he noted the Zero uses a standard outlet.

“They really made it as simple as possible when it comes to charging it,” Hawver said. “By and large, officers like it. When we first tested them, a few officers were not enthusiastic. Last I checked, all [traffic officers] are part of the rotation to use it. It is a pilot program, so it is not mandatory to use it… But, it’s been pretty popular.” 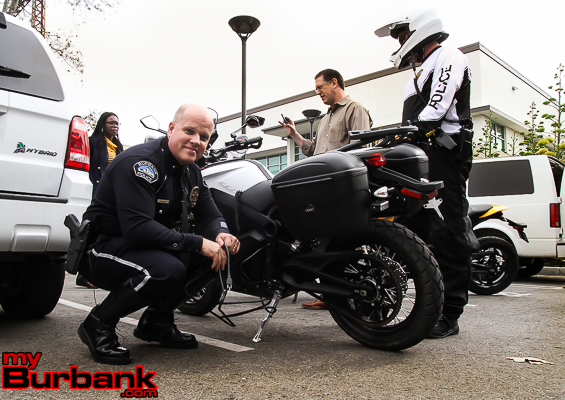 Hawver anticipates police will be using the Zero for some time, after all, there has been an effort to train officers on it and off road patrols are not something the department has had before.

City documents show the operational cost is cheaper on the electric motorcycles: about $.01 per mile compared to about $.63 per mile for fuel/maintenance for the combustion engine bikes.