Burbank Police along with Fire Department units responded to Olive Ave. and Lamer St on Friday afternoon to this two car accident with what appeared to be a fire hydrant struck, only to find the car ended up striking the fire supply pipes that supplies water to firefighters in case of a fire at the business. 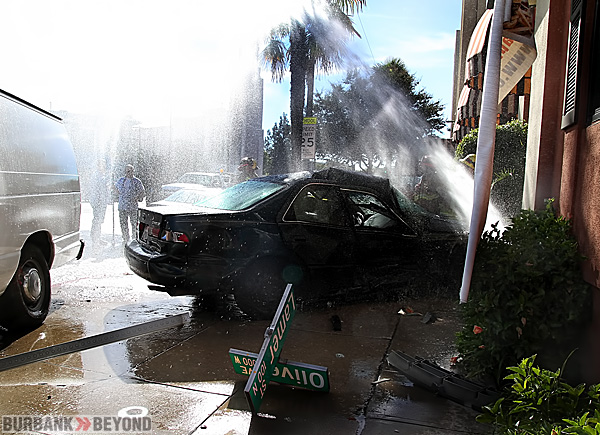 The driver of one of the cars was transported to LA County USC Medical Center with trauma type injuries although not♦ non-life threatening. The cause is being investigated by Burbank Police Department’s Traffic Department.

Traffic on Olive was detoured for close to an hour while the investigation was being conducted and the water shut down. 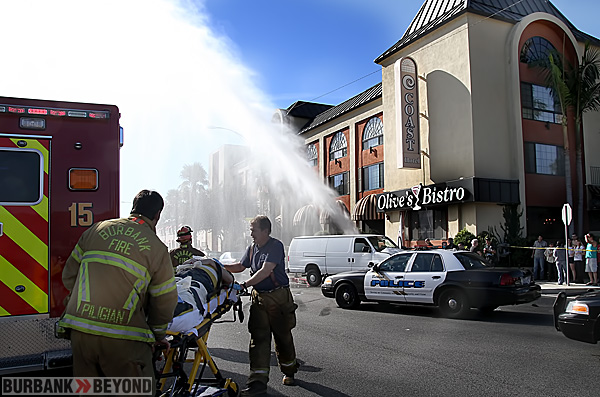 Burbank Firefighters and Paramedics treat the driver of one of the cars after he was removed, he was later transported to Providence Medical Center with non life threatening injuries. (Photo by Ross A. Benson) 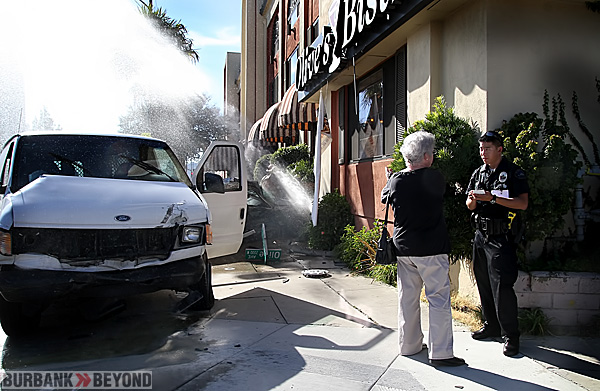 Burbank Police interview one of the witnesses following this accident at Olive Ave. and Lamer St. (Photo by Ross A. Benson) 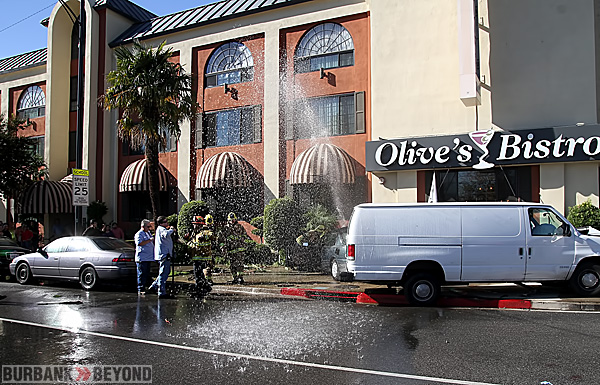 Well Washed, following this accident at Olive Ave and Lamer St. (Photo by Ross A. Benson)