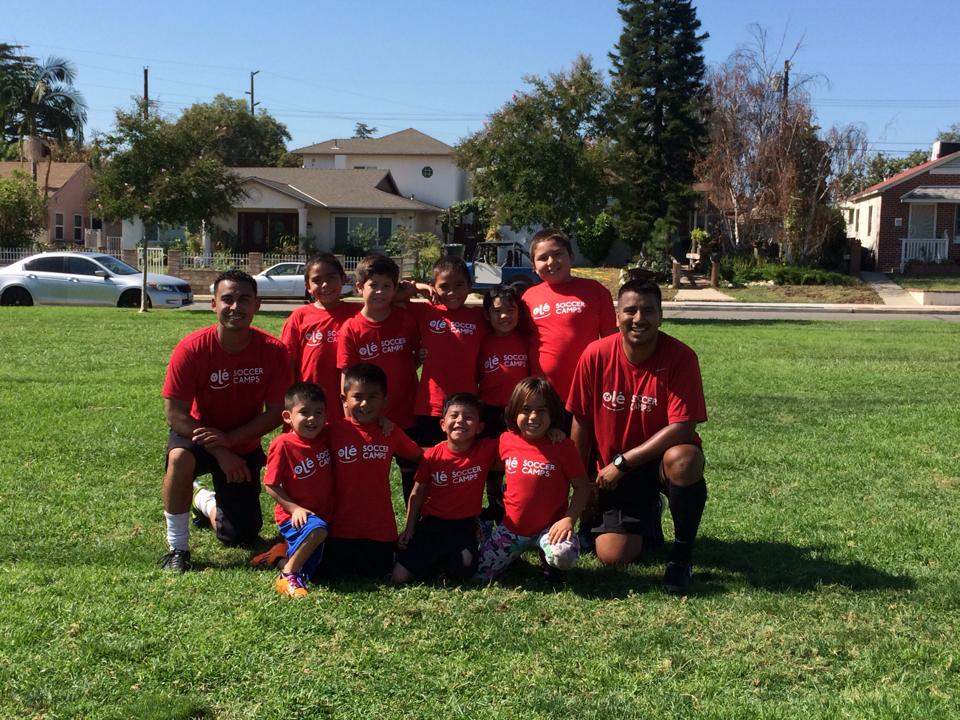 The cost and commitment of club soccer is not for everyone.

For those wishing to keep their soccer skills sharp without committing to a program, there is a local option.

“It’s growing,’’ said Walter Merino, who played at Cal Poly Pomona. “We’ve been averaging 20 to 25 kids. We divide them into two groups.”

Walter Merino said he wanted to give an opportunity for those ages 4 to 13 to get in extra practice and yet be able to keep costs low.

“We’re trying to promote quality training at comfortable prices.” Walter Merino said. “We want to make sure the sport develops and everyone gets a chance.”

During the camp, players work on a variety aspects of the game.

There are drills that focus on dribbling, passing, defending, shooting as well as work on certain technical techniques.

“We have a lot of recreational players and some advanced ones,’’ Walter Merino said. “It’s a great place to sharpen your skills.”

Some players who have participated in many Ole Soccer Camp training sessions said they have enjoyed the experience.

“What I like is they teach us new moves which help for when we play games,” said Maximus Gonzalez, 9.  “They (also) help with my positioning.”

Louie Piceno, 7, enjoys the camps in another way.

“You have to practice hard and get to make new friends,” Piceno said.

Merino said he has also worked with futsal camps, which is also growing in popularity.

Futsal is essentially soccer played with five players against five players and is contested on field similar to a basketball court.

For more information on the practice schedule on Ole Soccer Camps of futsal camps, check their web site www.olesoccercamps.com or call (818) 731-8558.