Last Saturday, August 30, the Burbank Police Department Traffic Bureau conducted a DUI Checkpoint on Olive Avenue at Lake Street in the City of Burbank. A grant from the California Office of Traffic Safety through the National Highway Traffic Safety Administration funded the checkpoint. 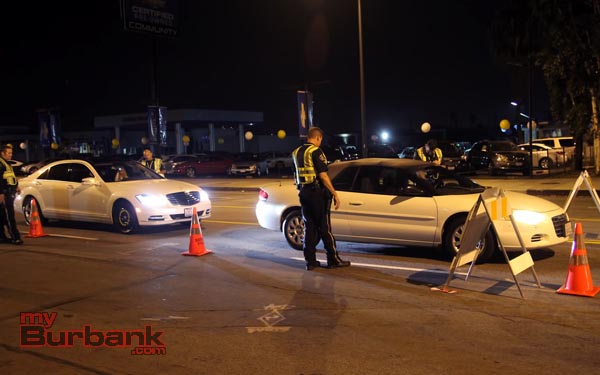 The checkpoint was operational from 9:00 p.m. to 2:00 a.m., and resulted in the following actions: