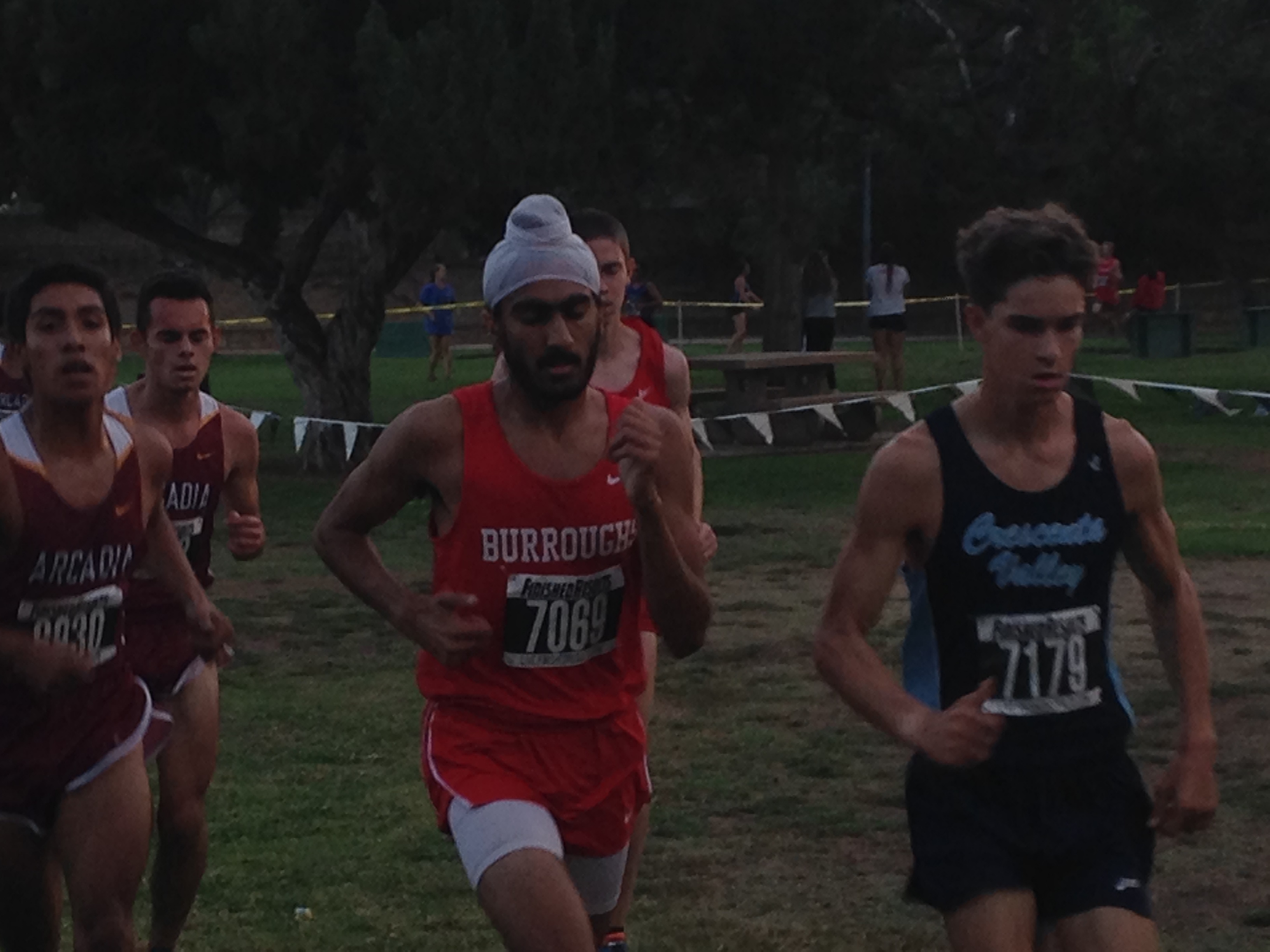 Virtue has won every league race the last three seasons.

But the performance by her Burroughs High teammates at Crescenta Valley Park in beating Burbank High certainly was a surprise and noteworthy.

After losing by 22 points to the Bulldogs the first league meet, Burroughs stunned Burbank for third place in league, scoring 69 points to Burbank’s 70.

The other surprise came from the Burbank High boys’ team. The Bulldogs may have finished fourth, but put together some superb times for such a young team. Burroughs, with a veteran team did beat the Bulldogs head to head, 61 to 98. Like in golf, the lowest score wins in cross country.

Virtue won the girls’ race by covering the 3-mile course in a personal best 18 minutes, 17 seconds.

“We did some really good pack running this time,” Reveles said. “I know in the last league meet we started way too slow and we should have picked it up faster.”

“We did have a PRs (personal records) today with our team, so we’re proud of our individual achievements, but we’ll learn from this,” Fernandez said.

The boys’ varsity race was won by Crescenta Valley’s Colin Fitzgerald in 15:10. CV won the boys’ team race with 19 points. Burroughs was third with 61, followed by Burbank with 98.