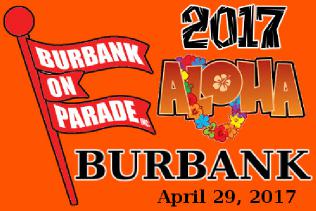 Actor/director James Hong has been named Grand Marshal of Burbank On Parade scheduled to begin at 11 a.m. on Saturday and traveling east along Olive Avenue from Keystone to Lomita streets.

Hong’s entertainment career spans more than 60 years and he fits in well with this year’s Hawaiian theme “Aloha Burbank!” having appeared in several episodes of the original “Hawaii Five-0”.

He has more than 500 credits ranging from film, TV and video games. He has worked with John Wayne, Jack Nicholson and Keanu Reeves. Currently Hong can be seen on NBC’s hit show “The Blacklist” and has voiced characters for such productions as Disney’s “Star Wars Rebels” and DreamWorks “Kung Fu Panda” franchise.

Another celebrity appearing in the parade is 7-year-old actress Julia Butters who plays Anna-Kat on ABC’s “American Housewife”. She made her television debut at age 4 on the CBS drama “Criminal Minds”. She is the daughter of Disney animator Darrin Butters and Lorelei Butters.

The parade will feature Rep. Adam Schiff, State Sen. Anthony Portantino, Mayor Jess Talamantes, City Council members, School Board members and other local dignitaries. The colorful theme should be illustrated well by entries, including equestrian units, marching bands, like the All-City Band made up of Burbank and Burroughs high school students, Boy Scouts, Girl Scouts and — always a surprise — the float created by the Burbank Tournament of Roses Assn. The Wells Fargo Stagecoach, drawn by six horses, will make a gallant descent down the route.

There will also be a classic car show of American and Japanese models, kids area with hands-on activities and community booths. Top parade entries will receive trophies during the awards ceremony at 2:30 p.m.