The annual Burbank Arts For All Foundation (BAFA) Party On The Plaza gala honors three local arts supporters on Friday, May 2, at Executive Hangar 40 at the Bob Hope Airport. Monterey High School teacher Peggy Zirves, artist and parent volunteer Jamie Butterworth and the Downtown Burbank Partnership will be celebrated for their ongoing dedication to the arts in Burbank public schools. 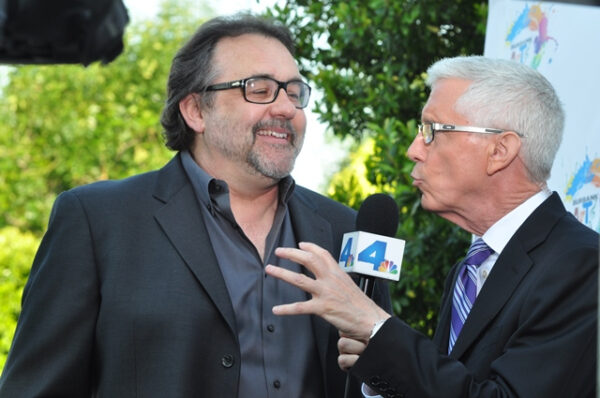 Master of Ceremonies Fritz Coleman and Honorary Chair Don Hahn at Party on the Plaza 2012. (Photo Courtesy of Burbank Arts For All)

“We are excited to recognize this year’s well deserved honorees,” said BAFA Chair Carrie Brown. “It is a privilege to honor [Downtown Burbank Partnership] with the Patron of the Arts Award.”

“Through the Downtown Burbank Business Partnership with the City of Burbank, they have hosted many events that celebrate the arts in our community and have continually supported the Foundation.”

“We are also pleased to recognize Peggy Zirves and Jamie Butterworth, two well deserving and inspirational individuals,” added Brown. “Peggy and Jamie have raised the bar in the advancement of arts education and have given so much of their own time that has directly benefited our schools and profoundly impacted the lives of Burbank kids.”

Photo Courtesy of Burbank Arts For All

Honored for their generous support of Arts Education in Burbank since 2007, the Downtown Burbank Partnership will receive the Patron of the Arts Award that is presented to local businesses or a corporation whose support has made a significant impact on the Foundation’s mission. 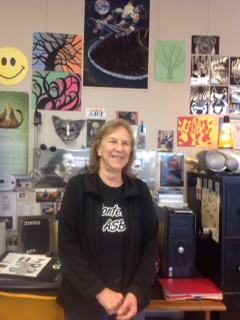 Peggy Zirves in her classroom at Monterey High. (Photo Courtesy of Burbank Arts For All)

The Arts For All Educator Award is presented to an educator who dedicates their own personal time to enrich the lives of Burbank students through their exceptional commitment to furthering arts education for all. Zirves has taught the Arts at Monterey High School since it opened 30 years ago.

Zirves designs lessons and projects so students at all levels of abilities can finish with a sense of pride. She encourages students see all types of art, at museums, public spaces, art shows or anywhere.

Zirves not only has worked with State art standards throughout her teaching career, she has created activities in line with the newly-instituted Common Core standards. She will retire from teaching at the end of this school year.

Butterworth receives the Champion of the Arts award, which is given to an individual or organization whose volunteer commitment to providing equal access to the arts has made a significant impact on the students of BUSD and the Burbank community.

Butterworth and her husband, John, were disappointed to discover how little arts education was provided in BUSD in the mid-2000s, as their first child entered local elementary school. However, through meeting other concerned parents trying to make changes at other local schools, Butterworth became inspired. 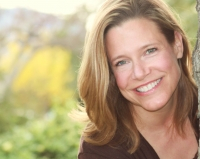 Jamie Butterworth, parent, artist and volunteer. (Photo Courtesy of Burbank Arts For All)

By the time her second child entered Edison Elementary, Butterworth was actively volunteering in arts-related areas for PTA and for school-wide lunchtime and after-school arts workshops.

Butterworth chaired the school’s Booster Club to raise money and became the first Arts Chair at Edison, developing a comprehensive after-school program including theater, visual arts, dance, and orchestra, as well as an integrated Arts for All plan for all students during the school day.

Butterworth has been directly involved with BUSD’s Arts for All plan and BAFA since its inception and continues to be an active volunteer, most recently serving as a committee member for the Secret Art Show. She also serves as Programs Chair for the Burbank Art Association.

“We are thrilled to pay tribute to all of our honorees for their remarkable achievements at what has been called Burbank’s ‘Party of the Year,’” commented Trena Pitchford, BAFA Director of Development. 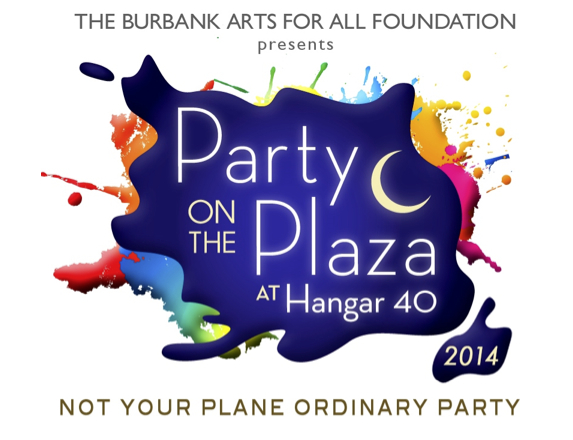 “Due the popularity of the gala, this year we are taking over Executive Hangar 40 at the Burbank Bob Hope Airport so more folks from the community as well as local businesses, city officials and educators can join in the festivities for an unforgettable evening full of raw emotions, fine food, music and dancing.”

The third annual Party On The Plaza festivities begin with cocktails and a silent auction, followed by dinner, awards presentation and dancing. Tickets and sponsorships are still available for reservation through Friday, April 25, by contacting Trena Pitchford, BAFA Director of Development via the website or by calling 818-736-5269.

All proceeds from the Party on the Plaza gala celebration will benefit Burbank Arts For All Foundation, a nonprofit organization whose mission is to ensure every student in Burbank public schools receives a quality arts education as part of their core curriculum.