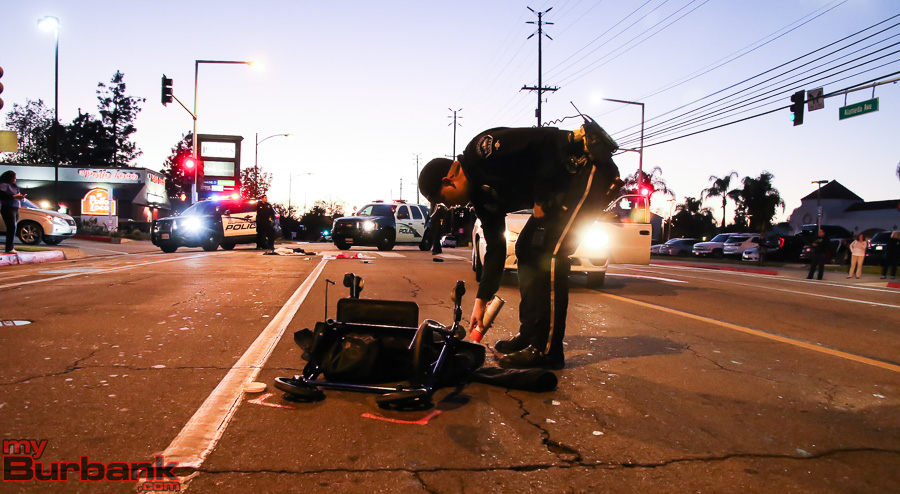 Burbank Police received several calls Thursday afternoon, January 3, at 5:05 p.m. about a male struck in a marked crosswalk using a wheelchair on Alameda Avenue in front of the Pavilions grocery store.

Several police units were dispatched along with Burbank Fire Paramedics and upon their arrival they found a male lying in the street, bleeding with a major head injury. His wheelchair was located some distance from the crash down the street. The striking car remained at the scene.

Traffic was detoured in both directions as emergency personnel tended to the injured, made measurements and recorded evidence. Some traffic was redirected down Mariposa Street on the west end and Main Street on the wast.

The male victim in his 50s was transported to a local hospital in serious condition. The driver of the car remained at the scene.

Burbank Traffic Investigators were called to the scene and are investigating the cause.