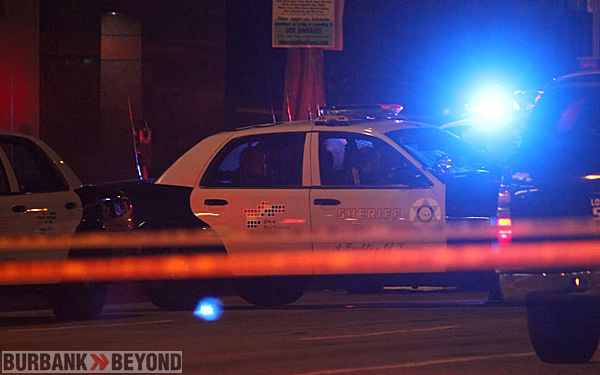 After 53 fires (including one on Rose Street in Burbank) set in the past few days that have kept residents on edge at night, a man described as a ‘Person of Interest’ by authorities was stopped Monday morning just past 3 am on Sunset near Fairfax.  The man, who was driving a minivan with British Columbia plates was pulled over by a Shefiff’s Deputy without incident.

Monday morning before the arrest, the arsonist once again hit in the West Hollywood area with a couple of fires starting around midnight before heading over the hill to Sherman Oaks were fires were set near Ventura Blvd.  After a small break, another large fire was started in a carport in West Hollywood just prior to the minivan being pulled over.

No other suspicious fires were reported after the possible suspect was taken into custody.  Damage so far has been assessed to be around $2 million. 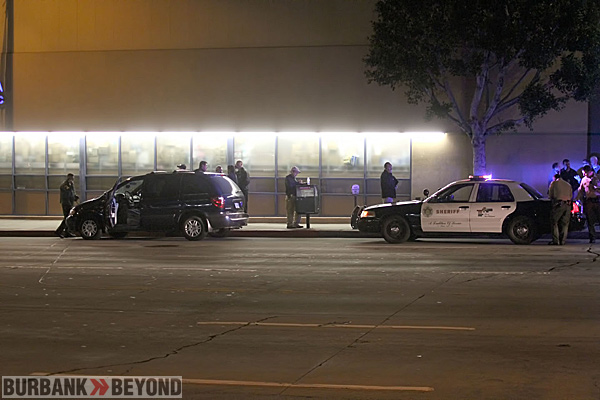 Dodge Caravan that the detained suspect was driving stopped on Sunset Blvd near Fairfax, suspect is in patrol car behind. (Photo by Ross A. Benson)