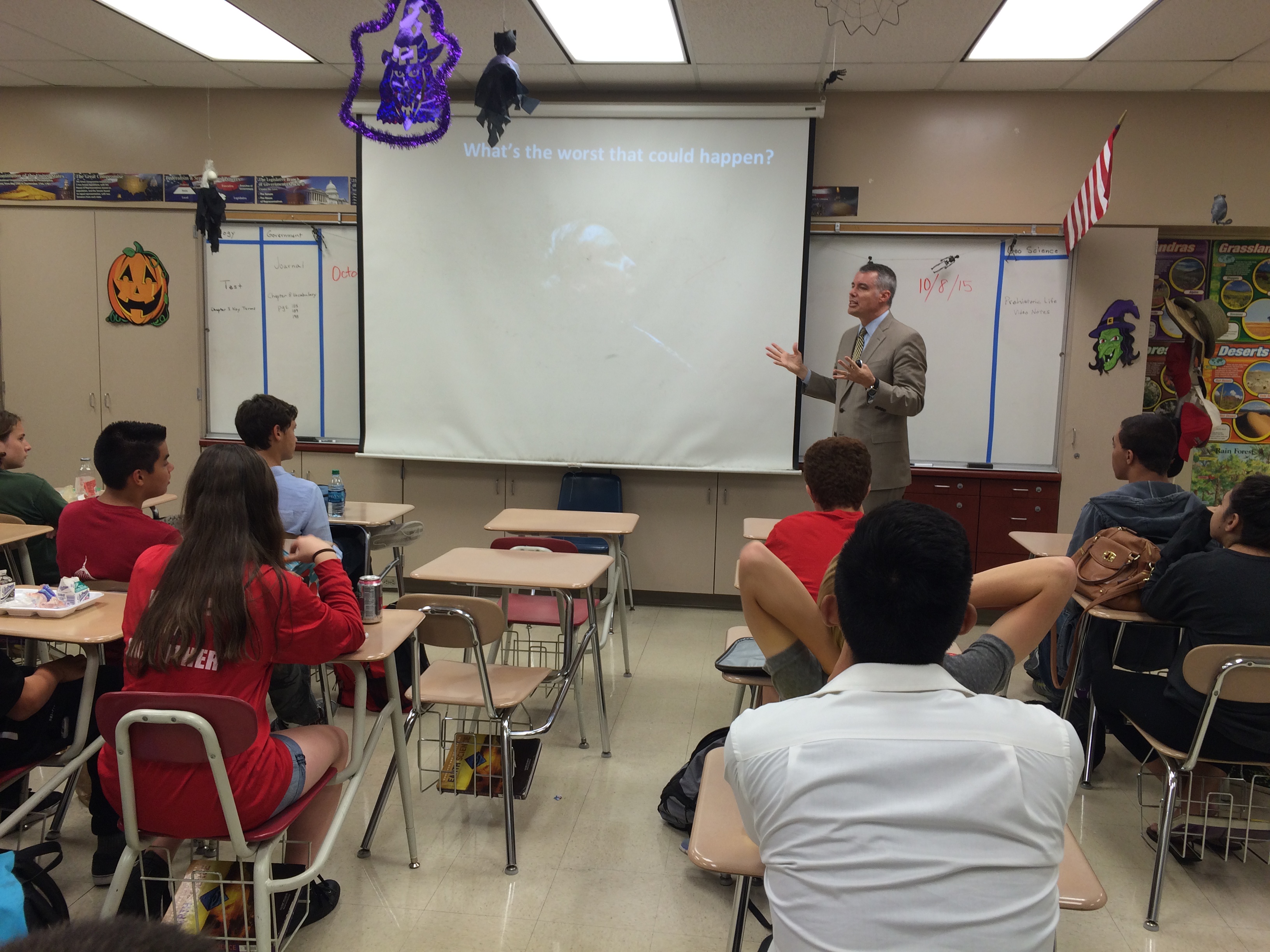 John Burroughs High School Junior State of America (JSA) hosted Pete Peterson of Pepperdine University during lunch on Thursday, October 8, at John Burroughs High School. Mr. Peterson spoke to the students about civic engagement and civic renewal. Lulu Debretsion, Burroughs JSA Chapter President stated, “the most important message I took from Pete Peterson is the importance of going into public service to do something. Not to be someone.”

Pete Peterson is Interim Dean of the School Public Policy at Pepperdine University and Executive Director of the Davenport Institute for Public Engagement and Civic Leadership at Pepperdine. In 2014 Pete Peterson was a candidate for California Secretary of State.