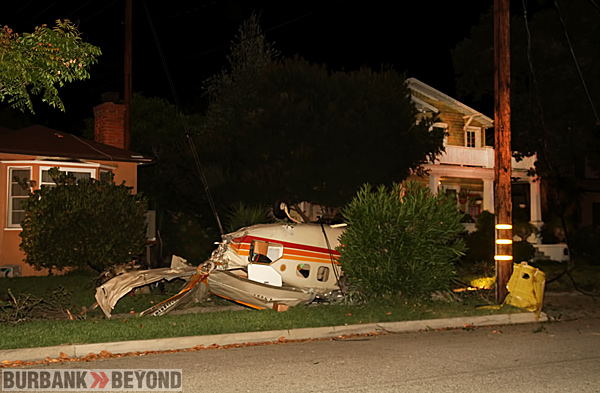 This single engine Cessna crashed in the 1200 Block of Glenwood Road in Glendale Monday evening. (Photo by Ross A. Benson)

Around 8:28 on Monday, May 21, Burbank Fire and Bob Hope Airport Firefighters received a call for an emergency landing at Bob Hope Airport for a Cessna Airplane with a single pilot on board.  The plane had developed engine trouble and was seven miles east of the airport.

He never made it.

Instead, the plane came down in Glendale, hitting several high powered wires, then a tree, and wound up upside down in the front yard of 1203 Glenwood Road. 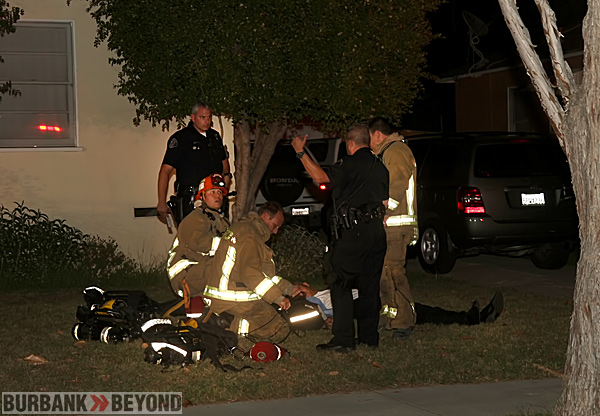 Glendale Fire Fighters tend to the injured pilot at the scene of single engine plane crash in Glendale. (Photo by Ross A. Benson)

Both Glendale and Burbank Fire units were dispatched to the scene and upon arriving, found the pilot out of the plane with major damage to the plane and power lines down, causing a blackout in the area.  A Basic Life Support Ambulance administered aid to the pilot, who reported pain in his shoulder.  He was immobilized for precaution and taken to County/USC Medical Center.

One of the Bob Hope Airport Crash units was called to the scene to standby because the plane still had 65 gallons of gas inside the tank, though there was no leak.

Firefighters also had trouble trying to keep the crowd back.  Neighbors came running out of their houses to see what happened not realizing that power line were down for a good distance and were still live.  Residents on Glenwood were also evacuated for their safety.

Glendale officials were waiting for the FAA at the scene who will handle the investigation and will determine when the plane can be removed.  The pilot has not been identified yet other then being a 55 year-old male. 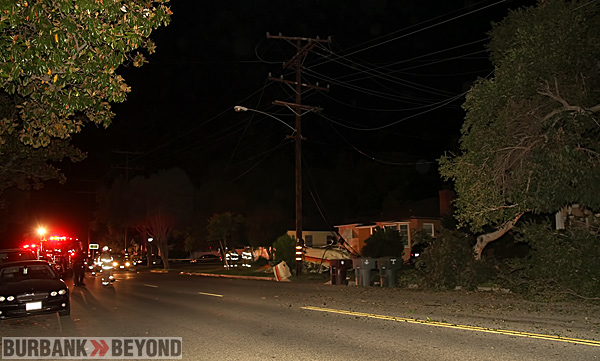 The scene of the single engine plane that crashed in the 1200 Block Glenwood Road in Glendale. (Photo by Ross A. Benson) 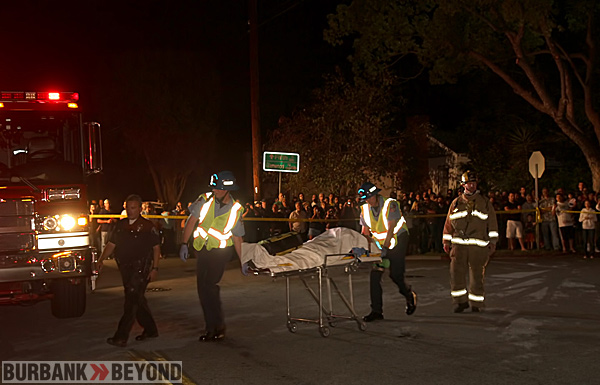 The sole occupant of the crashed plane is being transported to a local hospital to be checked out. (photo by Ross A. Benson)