The much anticipated PizzaRev has opened in Burbank. 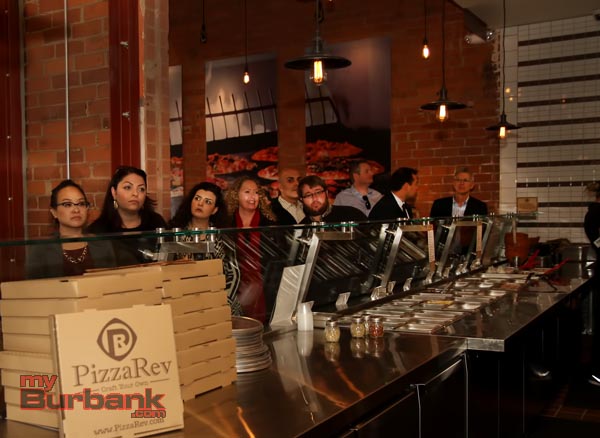 The Los Angeles-based custom-assembly artisanal pizza concept, has completed construction on its sixth location and is now open here in Burbank.

With the recent installation of PizzaRev’s custom-built 9,600 pound stone-bed “Fire-Deck” oven, guests will “Craft Their Own” artisanal-quality pizza and have it served piping hot to them in less than three minutes.

“We are incredibly excited to be opening our newest location this week in the ‘media capital of the world.’ We think PizzaRev will be a great addition to the innovative Burbank restaurant scene” said Irv Zuckerman, Co-CEO of PizzaRev. 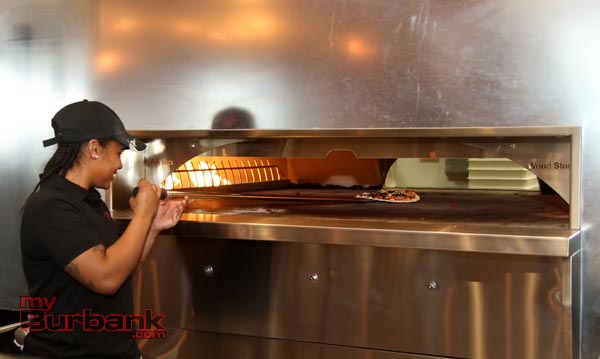 The location sits conveniently nearby the AMC Movie Theaters in the Palm Plaza at 175 E. Palm Ave. (at N. San Fernando Blvd).

Two “Grand Opening” promotions have been announced in celebration of the new Burbank location. First, PizzaRev – Burbank has launched a free-to-enter sweepstakes where 5 lucky guests will win “Free Pizza for a Year!” To enter, simply fill out an entry form at the Burbank location or visit www.pizzarev.com/freepizza/burbank . Five lucky guests will be chosen at random to win! Full sweepstakes rules available here; must enter by January 31, 2014. The second promotion is a “Facebook Fan Appreciation Night.” To participate, simply “Like” PizzaRev – Burbank’s Facebook page and show your Facebook status via phone or print-out to a claim a FREE PIZZA on Sunday night, December 15th, 5pm to 10pm only at PizzaRev’s Burbank location! 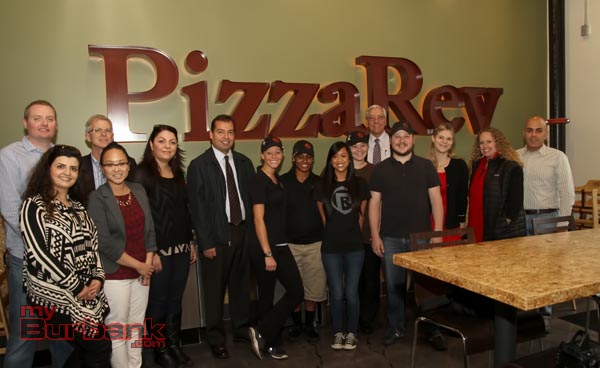 PizzaRev is a Los Angeles-based fast casual Pizza chain that has re-invented the way America eats its favorite food by presenting a truly interactive dining experience where customers craft their own pizzas choosing from a wide variety of high-quality ingredients, in any amount, for one price. PizzaRev fires its pizzas in a stone-hearth oven which produces a delicious, crispy Roman-style thin pizza in just 3 minutes.

PizzaRev was founded in 2012 by longtime entertainment industry executives Irv Zuckerman and Rodney Eckerman, who bring Fortune 500 executive operating experience along with their Management team of highly experienced and long-tenured restaurant operators.