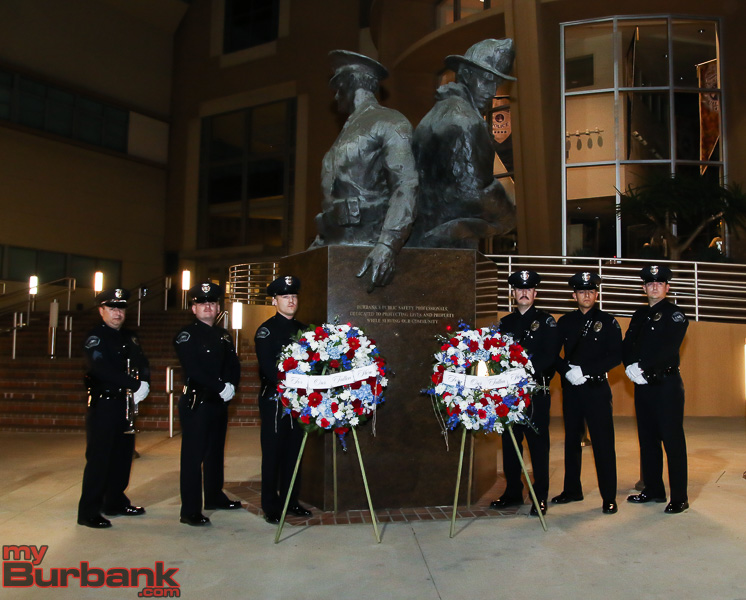 Friday marked the anniversary of BPD Fallen Officer Matthew Pavelka, End of Watch, November 15, 2003.   Matthew Pavelka was appointed as an officer for the City of Burbank on August 5, 2002.

Colson was on duty November 16, 1914, at approximately 7:00 p.m., when he was walking the tracks in the area of the “Y” – a quarter-mile north of town.  Some suspects started shooting at him from the Willows.  One bullet struck him in the stomach.  Colson returned their fire from his own weapon, and after several shots, the suspects fled into the darkness.

Colson started to return to town but collapsed, and some citizens transported him to Burbank Hospital for treatment.

The Marshal of Tropico (a small community located at Los Feliz and San Fernando Boulevard, now part of Glendale), with twenty-five deputies, immediately started a manhunt.  On November 18, 1914, three suspects were apprehended.  One suspect had a weapon on him which was the same caliber that was used in wounding Marshal Colson.  After a lengthy interrogation, all the suspects confessed to the shooting.

We will always honor our heroes for their service and the ultimate sacrifice they made to secure our safety.