Burbank police received a call around 4:45 pm Tuesday of a man who had been stabbed in the neck near the Burbank Metrolink Station. 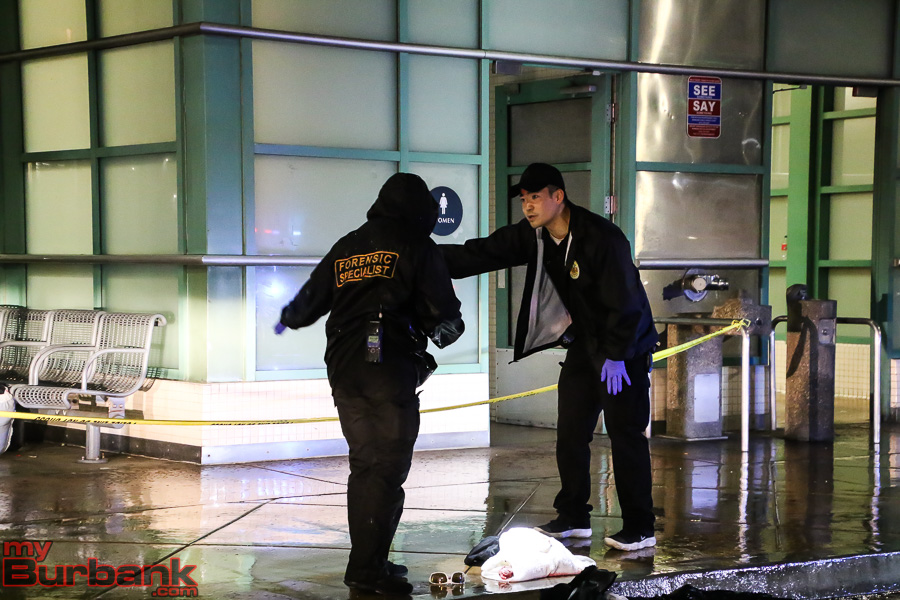 In an email statement provided by Sgt. Derek Green of the Burbank Police Department, “When police officers arrived, they located an adult male victim with a stab wound to the neck area. The victim was transported to a local hospital for treatment.

The suspect remains outstanding at this time.  He was described as an African American man, 50 to 60 years old.”

While no motive for the stabbing is yet known, detectives are actively working the investigation. A report from the scene, but not confirmed, said the suspect had taken the man’s wallet. 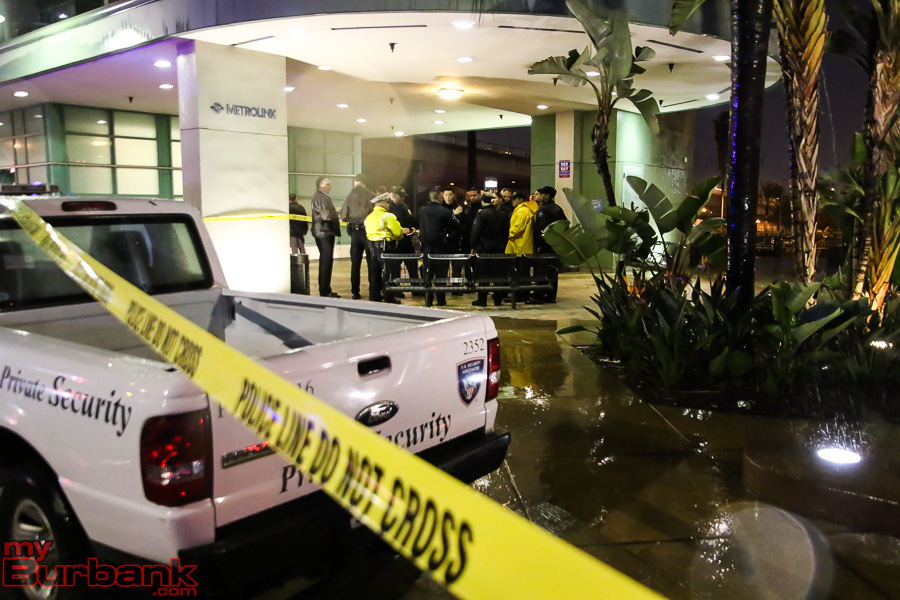 Burbank Police Officers get assignments and gather witness statements at the MetroLink following a stabbing of a male. (Photo by Ross A Benson)

No update on the victim’s condition is available.