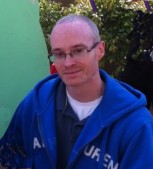 Have you seen this man?

Police are conducting a search for a “citical missing person” who may have walked up into the Verdugo Mountains, as concern grows for his safety.

According to the Burbank Police Department, the unidentified 35 year-old man was last seen in his residence in the 1700 block of Scott Rd. on Thursday evening.  He was reported missing this morning shortly after 7 a.m.  An initial investigation revealed that he is despondent and possibly suicidal.  A handgun is missing from his residence.  They believe he may be on foot somewhere in the mountains above the city.

The unidentified man is described as White, 6 feet tall, 160 lbs., with brown eyes and receding brown hair.  He wears prescription glasses.  What he was wearing when he went missing is unknown.  Police are only concerned for the man’s well being.  There is no indication that he is, or has been, involved in any criminal activity.

Law enforcement personnel are actively searching for the man in the hillside area, so they are asking that the public remain clear of the area to facilitate the ongoing search efforts.  If you have any information about the man’s whereabouts, please call the Burbank Police Department at 818-238-3000.