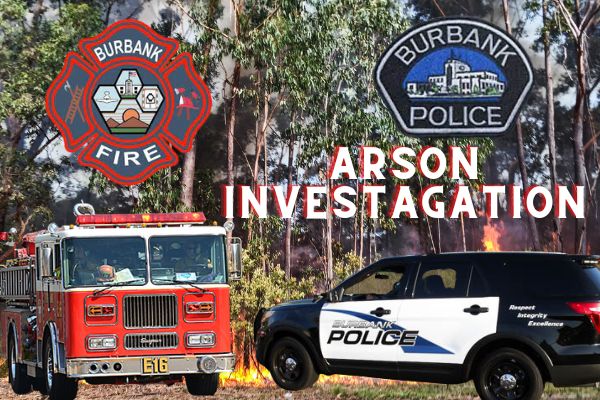 Burbank police are looking to find someone who has been setting bushes on fires next to homes.

On Friday, July 15, at about 9:13 p.m., Burbank fire received a call of bushes on fire next to a home on the 1700 block of Chandler. Upon arriving on the scene, there was a concern that the fire may spread to the house, but quick work by firefighters prevented any further damage.

Eighteen minutes later, at 9:31 pm, firefighters received another call of a vegetation fire in the 700 block of Parish, which they quickly responded to and were able to put out the fire before it spread to the house. At this time, they called for Burbank police to respond since both fires were suspicious in nature.

After talking to neighbors and trying to get any possible surveillance footage from cameras, it was reported that a possible male subject was seen in the area and running from the scene.

Saturday night once again saw the fire department respond to another vegetation fire at 11:33 pm, this time in the 1300 block of Chandler. Once again, firefighters were able to arrive quickly and put out the fire before it did any further damage.

No damage was done to any of the structures, although a vehicle was damaged in the Parish fire. There were no injuries at any of the fires.

Residents in the area are encouraged to be on the lookout for any unusual activity in their neighborhood and immediately call police at 818 238-3000 if they see anything or 911 if it is an emergency.

The police investigation is ongoing.  Anyone with information about these fires is asked to call Detective Kristiana Sanchez at (818) 238-3210.