A New coat of paint and several million dollars worth of repairs to leaks, improper installation of windows, bad flooring, and plenty of headaches to both Firefighters, and Police Officers that man the building 24 hours a day, 365 days a year.

According to Police brass, the delays in response times while the jail was being worked on is now over. Officers would have to transport prisoners to the Glendale Police Station and sometimes taking up to 45 minutes of additional booking times, thus causing a delay to non emergency calls.

The building recently got a new paint job along with new bricks, and entry way, open to serve you, the public. 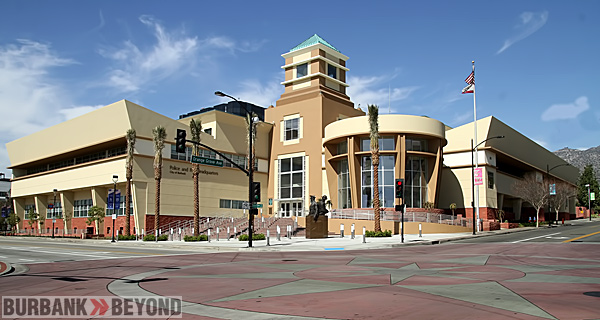 After new coat of paint and some several million dollars worth of corrections and fixes, the Police/ Fire Headquarters front entrance is open for business. (Photo by Ross A. Benson)