Burbank Firefighters were called to one of Burbank’s most famous bakeries Sunday evening but not for donuts. Porto’s Bakery, located at Hollywood Way & Magnolia, experienced a deep fryer fire after the restaurant was closed to customers Sunday evening. 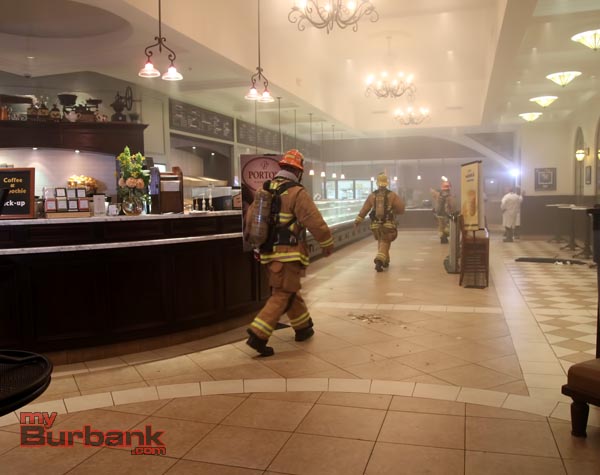 Burbank Firefighters make their way through the haze of smoke that filled Porto’s following a deep fryer flash fire Sunday night.(Photo by Ross A. Benson)

Burbank Fire Department responded a commercial structure response at 10:08 pm for an unknown type fire with alarms ringing. Burbank Engine 12, who is located right down the street, was on scene within minutes to find the business closed and a haze of smoke through out the building. Once the firefighters made entry the met with bakers who reported they had a fire in a fryer and the fire was extinguished. 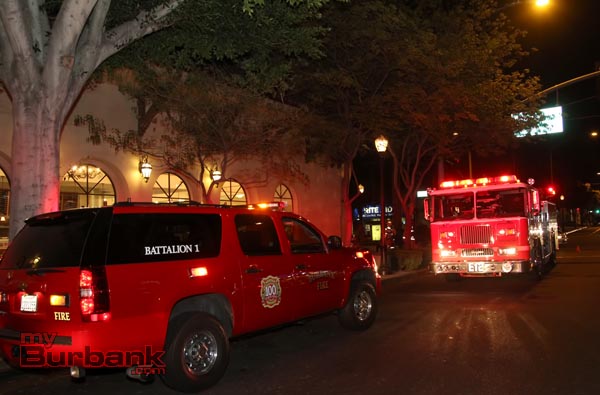 Burbank Fire Fighters including a Battalion Chief and several other pieces of equipment, responded to Porto’s for a deep fryer caught fire Sunday night after closing. (Photo by Ross A. Benson)

Firefighters used large exhaust fans to extract the haze of smoke that was caused by the accidental fire, and Porto employees started cleaning up.

The Los Angeles County Health Department was called as required following any fire in an eating establishment. The business should be able to operate early Monday morning. There was no report of damages except to what was in the fryer at the time. 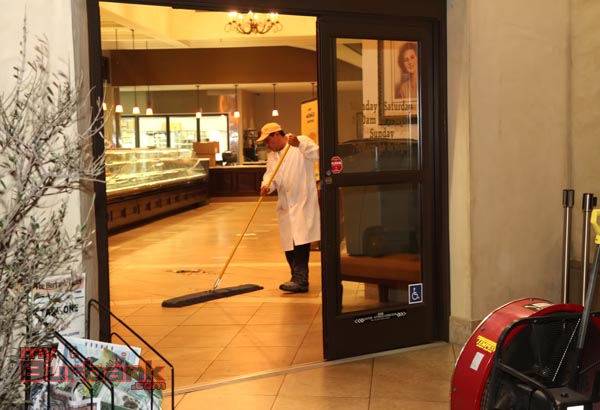 Porto’s employees were able to continue their night cleaning duties, after the smoke cleared. (Photo by Ross A. Benson)