Prosecco Trattoria has been open and doing brisk business in Toluca Lake for almost 20 years, so they must be doing something right. The authentic Italian spot is open for lunch and dinner most days of the week.

As we’ve heard from others who’ve been to Prosecco for a meal, the place makes good food but the service is often rather uneven. That is a bit hard to accept along with the restaurant’s rather high price point. 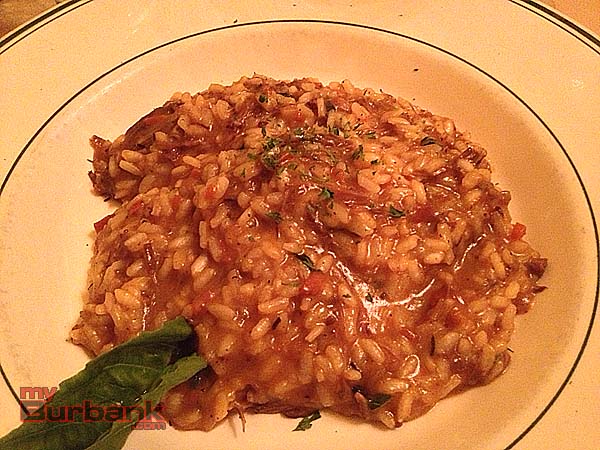 During our most recent visit, our otherwise friendly server was visibly deflated when we declined to order a bottle of wine. She then tried to upsell us on extra glasses of wine and larger plates instead of appetizers, from the get-go.

Additionally, when we made the reservation, we noted this was a celebratory meal, but we were put in the small back room instead of the more appealing main room. The back room tables seemed to be out of sight, out of mind, as the server forgot the soup for the table next to us and our table’s two appetizers arrived almost an hour apart.

The three petite crab cakes antipasto was nicely complemented by a baby greens salad with carmelized onions and a house dressing. 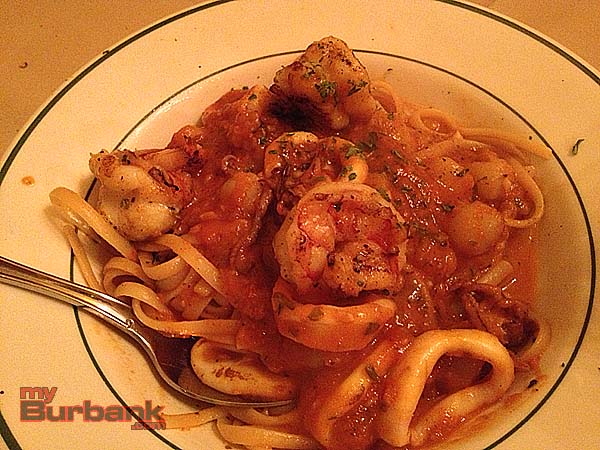 Misto Mare on a split plate. (Photo By Lisa Paredes)

The Manila clams appetizer was disappointing, both for the extremely long time it took to be prepared and for its presentation. A bowl of garlicky tomato broth was dotted with about 10 small clams. Empty shells were piled in the middle of the bowl topped with three slices of toasted ciabatta; unfortunately it looked like we were served a bowl of clam shells in an inch of tomato broth.

In general, the food was tasty and nicely done, but not exceptional. We paid $4 extra for the split plate of Misto Mare, a fresh and plentiful seafood linguine dish. Both plates arrived, as did the spicy pork meatballs and fettucine dish, looking rather sloppy around the edges.

The short-rib risotto was very good, creamy and slightly cheesy. However, the braised and shredded beef was tougher than we expected. 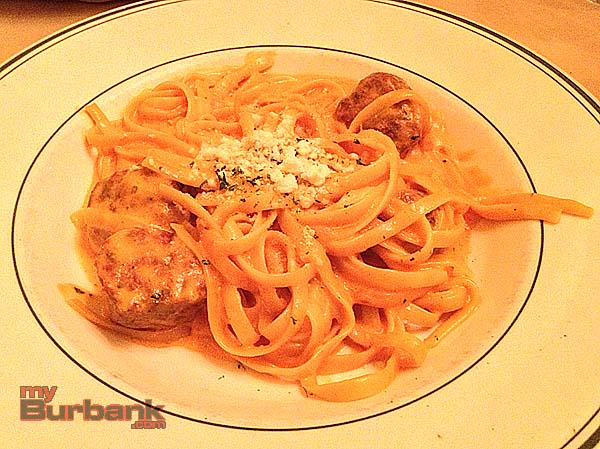 Prosecco was chosen for the special dinner out, as it was physically closer than other restaurants we had considered. We could have gone to Ca Del Sole or Yamashiro, paid the same approximate price, taken the same amount of time and would have had better atmosphere and service.

Prosecco has a built-in dinner clientele within walking distance; perhaps that sustains its continued popularity. Most weeknights are very busy and reservations are always recommended.

Overall, the plates were flavorful and delicious. A glass of Syrah nicely complemented the spicy meatballs. While we weren’t bowled over by all of the dishes, the pastas are fresh and terrifically done here.

Still, Prosecco Trattoria could really use a rewrite on some of the finer points of restaurant service and maybe add a bit of charm while they’re at it, if they care to make the dining experience more enjoyable.

Prosecco Trattoria receives: Could Use A Rewrite