Burbank Police officers attempted to pull over a Blue Cadillac near Olive Recreation Center on Griffith Park Tuesday night after observing a traffic violation, but the driver refused to stop for the red lights and sirens of the officers  following. 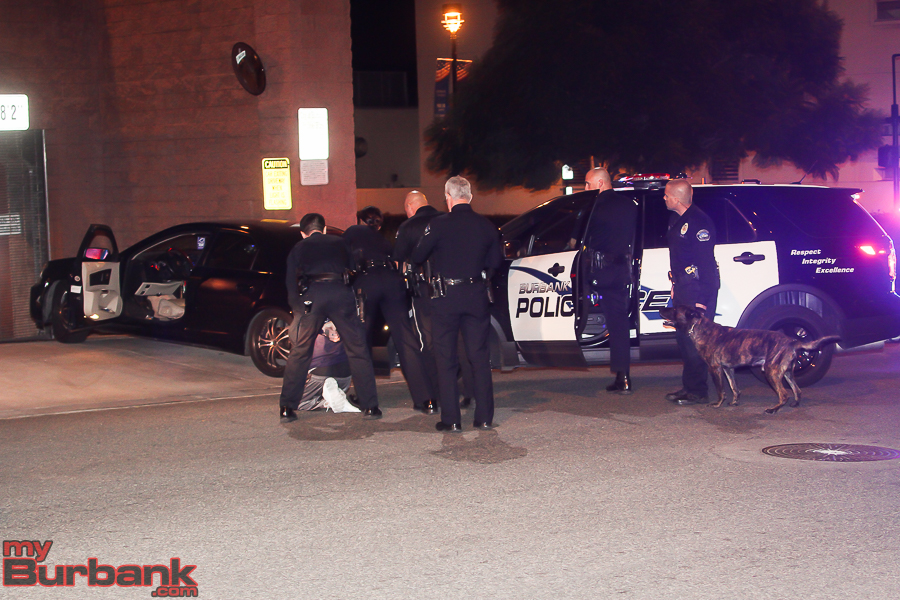 Driving at approximately 20 mph, he proceeded to Chandler and went westbound to Buena Vista Street.  Next, he went to Burbank Blvd, where he went eastbound toward 5 points before crossing over the hill toward the Media Town Center on San Fernando Blvd.

The driver continued at approximately 20 mph driving up Cypress to Glenoaks Blvd before heading southbound where he passed the Police Headquarters to Olive Avenue, turning westbound to Third St. 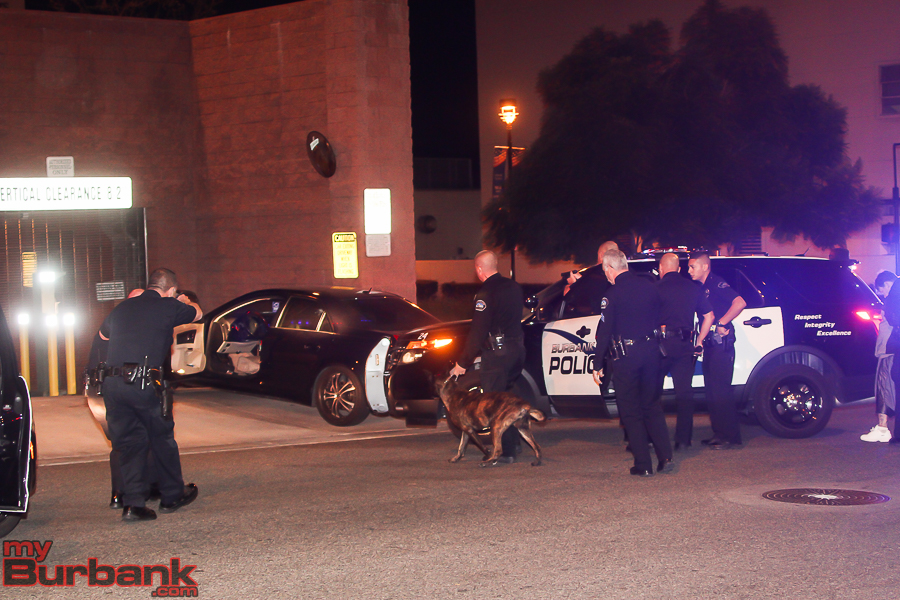 The parade of police cars that followed proceeded behind the suspect’s vehicle as he now made a right turn onto Palm and pulled into the police car entrance of the Burbank Police Department.

Officers preformed a felony stop and ordered the driver from the car with the assistance of their K-9 unit and several officers.

Burbank Police arrested  Anthony Jones, 35, for allegedly driving under the influence, and several traffic violations. There were no officer or pedestrian injuries during the slow moving pursuit. 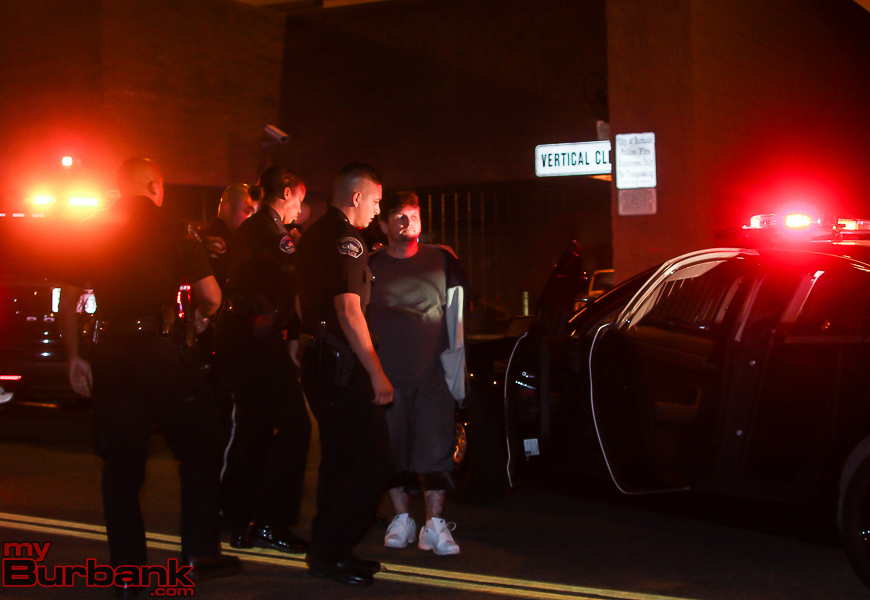