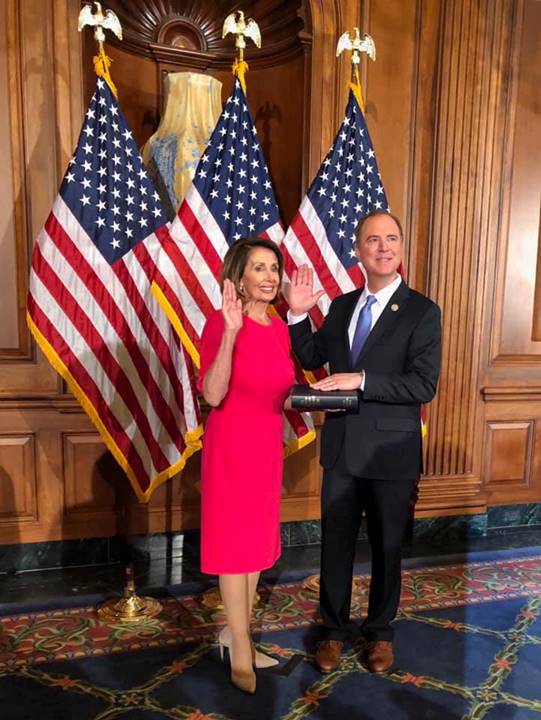 “I am deeply grateful for the opportunity to continue to represent California’s 28th in Washington for the next two years. A great deal of work lies ahead of us, but I am motivated  by the trust my constituents have placed in me to advance their priorities in our nation’s capitol.” said Schiff. “Our first task is to re-open the government and bring an end to the President’s decision to shut it down. Last night, we passed legislation to do that as our first act of the Congress.”

Schiff continued, “The American people entrusted a new Majority in the House with a great responsibility to put forward a positive agenda for the nation. Along with my colleagues, I intend to advocate for legislation that puts people first by increasing incomes, and expanding affordable healthcare. I also intend to push forward local initiatives that improve the quality of life in our region, including expanding open space through the creation of the Rim of the Valley National Recreation Area, building the Earthquake Early Warning System for the west coast, reducing helicopter and airplane noise, and much more.

“Finally, I will do my part to support and conduct vital oversight of the Trump Administration, and to restore Congress as a co-equal branch of government. Let’s get to work.”

Prior to serving in the House of Representatives, Schiff completed a four-year term as State Senator for California’s 21st State Senate District, chairing the Senate Judiciary Committee, the Senate Select Committee on Juvenile Justice and the Joint Committee on the Arts. Before serving in the State Legislature, Schiff served with the U.S. Attorney’s Office in Los Angeles for six years.