Rep. Adam Schiff (D-CA) announced that Burbank resident Nathan William Hamming from the 29th Congressional District has received an appointment to the Military Academy at West Point for the class of 2016. Four of the five United States service academies require a Congressional nomination in order to receive an appointment. 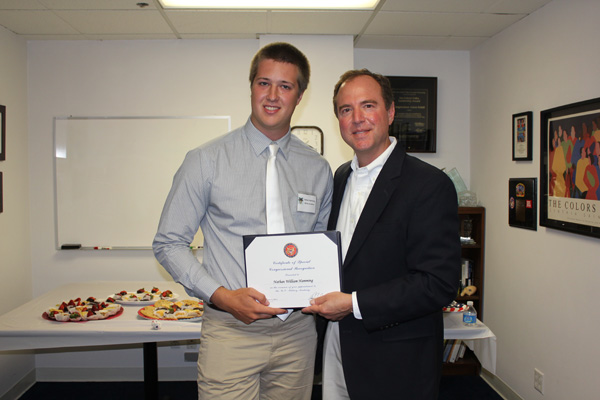 Nathan has also played on the varsity football team and serving as its captain his senior year. He has been given a number of prestigious awards, including 1st Team All-CIF, 1st Team All-Area from the Pasadena Star-News, and 1st Team All-California. Additionally, Nathan volunteers at Operation Gratitude, a non-profit organization that assembles care packages for troops overseas, and as a member of his church group where he helps with their food bank.