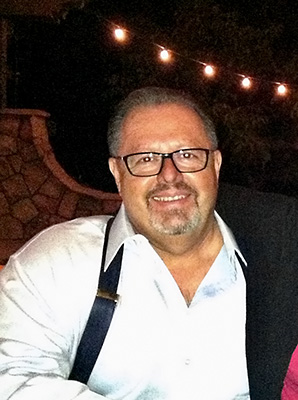 Rick spent his childhood in Burbank and attended St. Finbar Elementary School, then moved with his family to Santa Clarita where Rick attended Placerita Jr. High School, Hart High School and College of the Canyons.  Rick served the Burbank Police Department for 31 years ending his career as Motor Lieutenant in the Traffic Bureau and was awarded The Medal of Valor in 1981.  Rick is also a graduate of The FBI National Academy in Quantico, VA.

After retiring from the BPD, Rick served as Chief Investigator of Paramount Studios in Hollywood until his passing.

Rick is survived by Mary, his wife of 36 years, his daughter Drue, son-in-law Huck, his son Kenny and his close-knit family including his parents, Al and Pat Madrid, sister Cathy, brother Bobby and wife Cathryn, nephews Jacob, Mason, and Carson, and brother-in-law Bob Richardt.

In lieu of flowers, the Madrid family requests donations are made in Rick’s name to The National Law Enforcement Officers Memorial Fund or The Henry Mayo Cardiac Unit.