Rick Assad has been named the new Sports Editor for myBurbank.com replacing Dick Dornan who has been promoted to Sports Editor emeritus. Dornan stepped aside to focus on his responsibilities as the full-time Sports Information Director for the CIF LA City Section athletics office.

“This is a great opportunity for me personally,” Assad said. “I look forward to working with an excellent staff, and will uphold the high journalistic standards set by my predecessor, Dick Dornan.”

Assad has been a sportswriter for more than two decades, and has written for the Pasadena Star-News, Glendale News-Press, Los Angeles Times (Valley Section), several weeklies and numerous sports websites including www.thesweetscience.com and www.fightmonger.net. 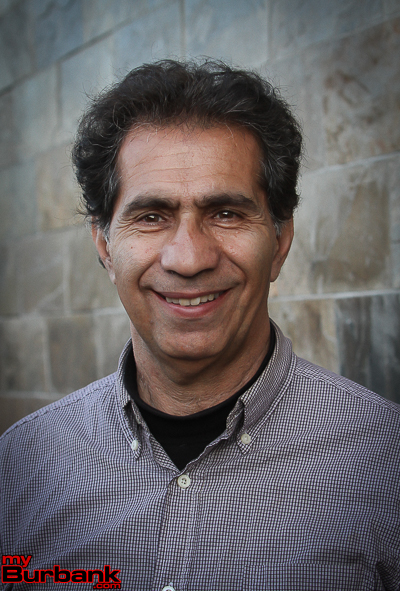 Rick Assad is the new myBurbank Sports Editor (Photo by© Ross A. Benson)

Assad has worked for myBurbank.com as a freelance sportswriter for the past two-and-a-half years. He has a political science degree from UCLA, a journalism degree from Cal State Northridge, and can be reached at rassad@myburbank.com.

Dornan had been the Sports Editor since August of 2012 and has done an admirable job covering sports for the city of Burbank despite living in Westlake Village and commuting to Burbank on a weekly basis. He worked for The Burbank Times for two years (2009-2011) before moving on to BurbanknBeyond.com which eventually transitioned into myBurbank.com in April of 2013.

His dedication and commitment was very evident as sports became a major focal point on the community-based website.

“It’s been a great run working with the myBurbank staff and I enjoyed covering Burroughs and Burbank the last few years. It was a pleasure to work with the coaches and athletes,” Dornan said. “To see the website grow from a fledgling entity to now where more than 30,000 readers view the site per month has been rewarding.

“I had a good pulse on the city with its sports programs and I am going to miss the great battles between the two cross-town rivals. Burroughs and Burbank depict true neighborhood communities who have respect for each other. It’s a healthy rivalry that few cities can match.”

Dornan will continue to oversee the myBurbank twitter account which has close to 1,100 followers, the myBurbank CUP competition, and will fill in periodically to write stories and take photos when the time allows.

“I really appreciate the support of the myBurbank staff. Rick will do a fantastic job moving ahead,” said Dornan. “The future is bright and I am looking forward to seeing the continued growth of the number one news source in all of Burbank.”