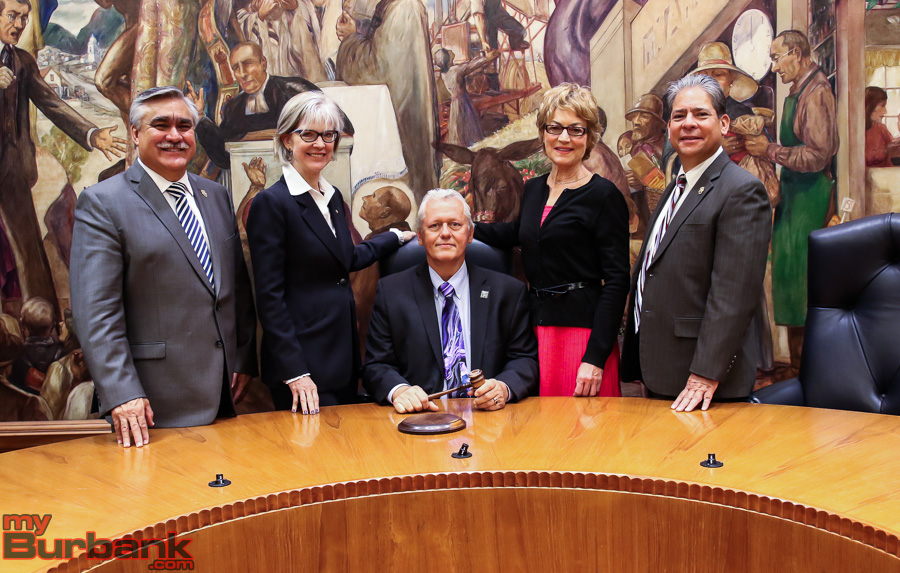 Burbank City Council Members elected their colleague Will Rogers as the new Mayor of Burbank during City Council’s annual Reorganization meeting Monday morning, May 1, in a ceremony that also featured the swearing in of first time Council Member Sharon Springer. 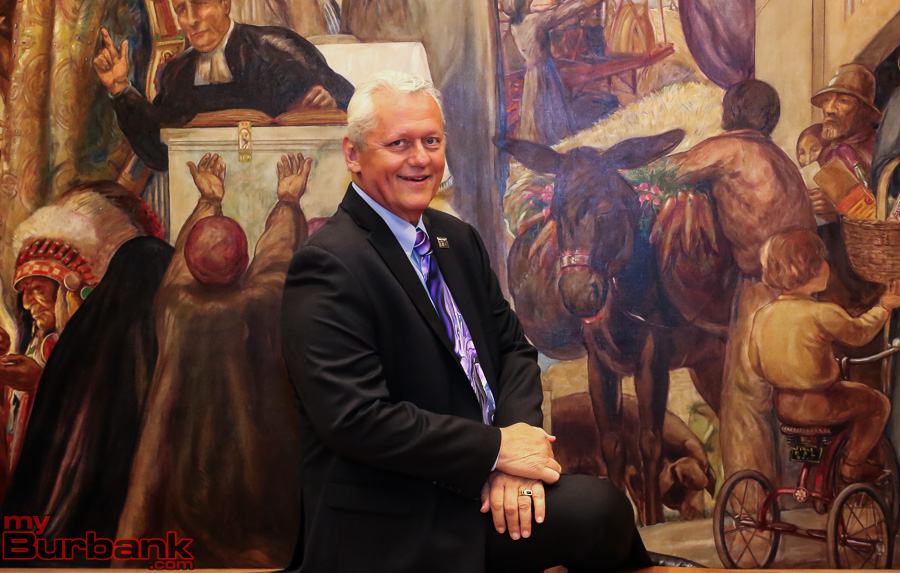 Talamantes presented different staff members with small gifts while City Manager Ron Davis presented the former Mayor with a scrap book filled with his year as the City’s Mayor.

Rogers, elected to the Council in 2015, spent decades as an award winning free-lance writer, with a specialty in investigative journalism, whose work has been featured in numerous newspapers and magazines. 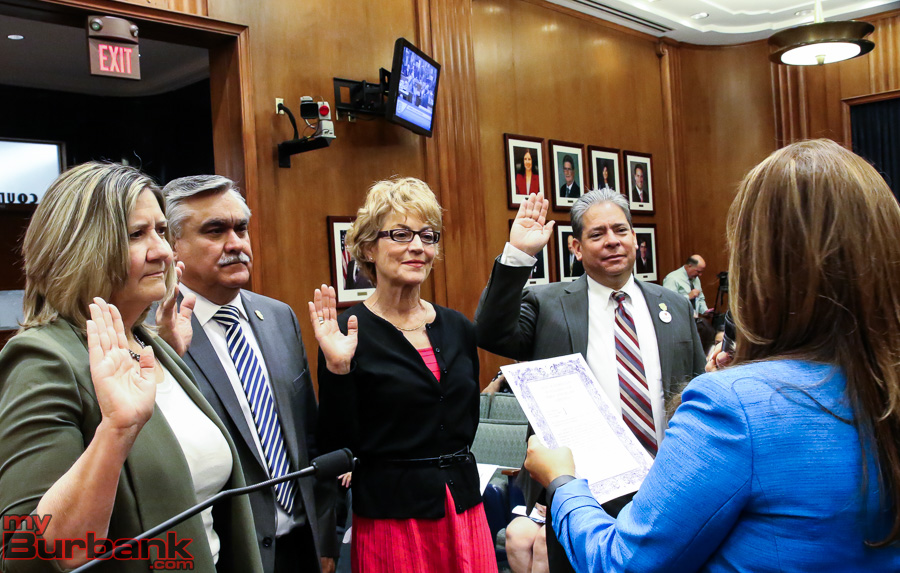 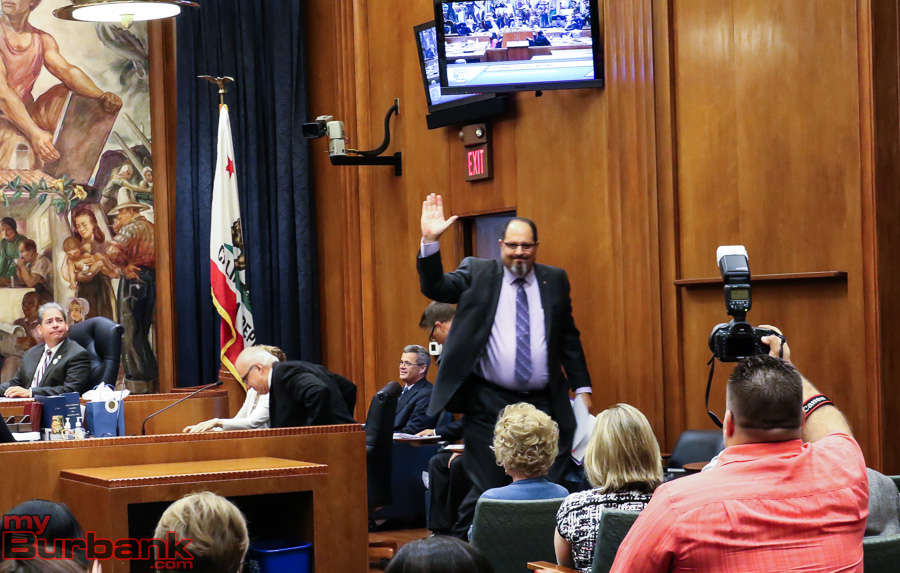 Members of the city staff arranged for a video retrospect of his years on both the Planning Board and the City Council.  He thanked staff and the public for all of the work they accomplished with him over the years and congratulated Springer with some advice to use her own judgement and not just believe everything that is told to her.

Burbank Mayor and Vice Mayor serve for one year and are chosen from among the five Burbank City Council Members. 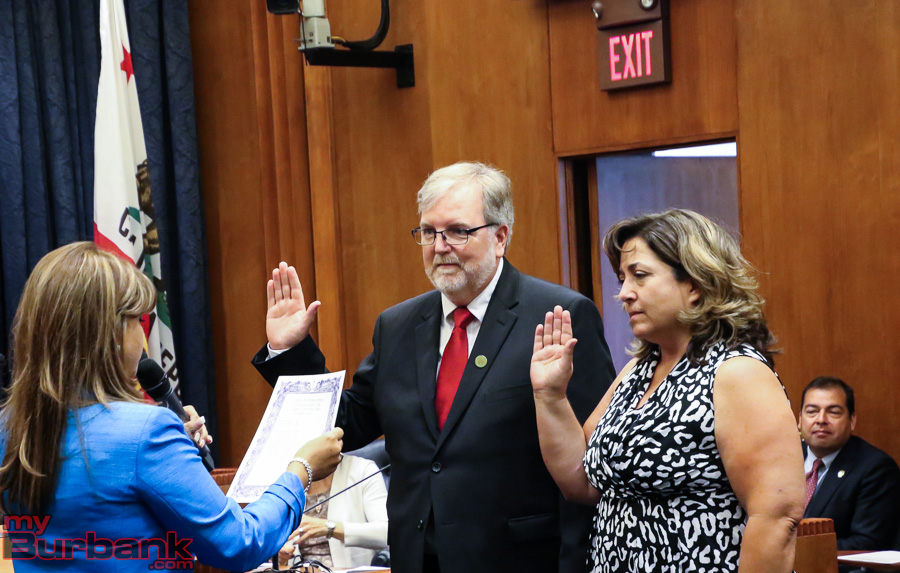 Besides the council members, City Treasurer Debbie Kukta and City Clerk Zizette Mullins were also sworn in to new terms after having run unopposed.

Re-elected School Board member Char Tabet along with newly elected Steve Frintner were also sworn in for their new four years terms on the school board.   Outgoing member Larry Applebaum thanked the assembled crowd for their support over the years.