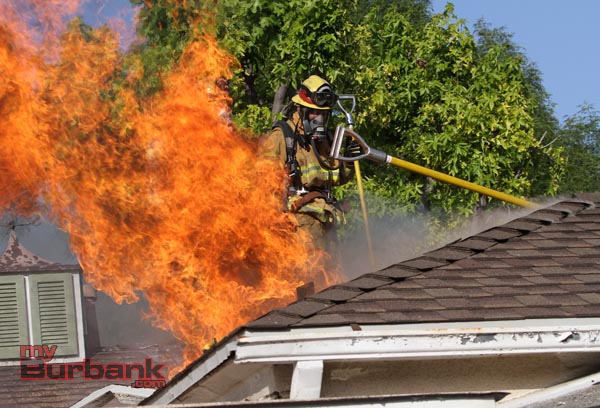 Burbank Firefighters work at ventilating this attic fire at a residence in the 700 Blk of Kenwood Street Thursday afternoon. (Photo by Ross A. Benson)

Burbank’s Fire Department responded to an structure fire in the 700 block of Kenwood Thursday afternoon around 5:30 pm.  While responding, the Police helicopter overhead reported that there were people on the roof who had cut a hole with fire coming out of the roof with trying to control the fire with a garden hose. Upon their arrival they had a roof fire that appeared to be extending into the attic.

Firefighters made entry into the home and found it to be vacant of furniture. They put salvage covers over the floor to protect it and crews started to ventilate the roof in several areas while at the same time as firefighters inside started to pull out the ceiling to get to the fire. 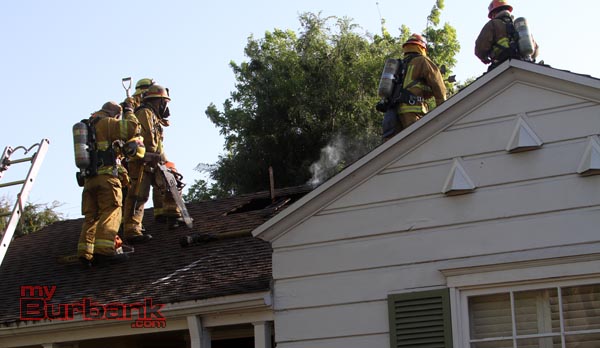 Once Firefighters extinguished the attic fire, they overhauled the remainder of the roofing materials that was smoldering.

There were no injuries to civilians nor firefighters and the cause was being investigated by Burbank’s Arson Investigator, who was looking into the work the roofers had been doing at the beginning of the blaze.

Damage was listed at $200,000.00 to the structure, and because the residence was being remodeled  there was no loss to the contents 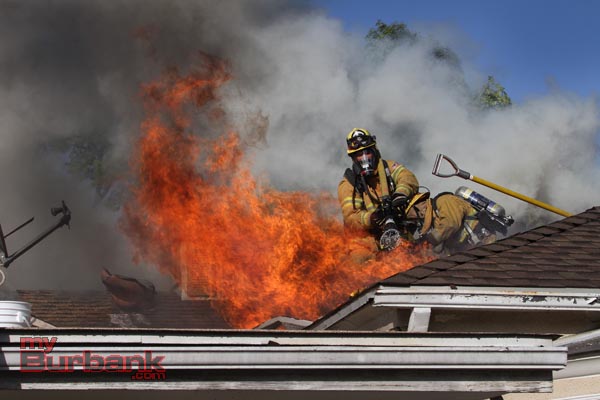 Burbank Firefighters work at ventilating this attic fire and putting water on the flames at a residence in the 700 Blk of Kenwood Street Thursday afternoon. (Photo by Ross A. Benson) 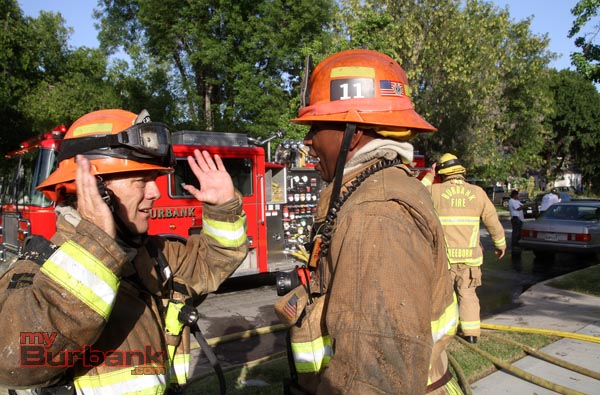