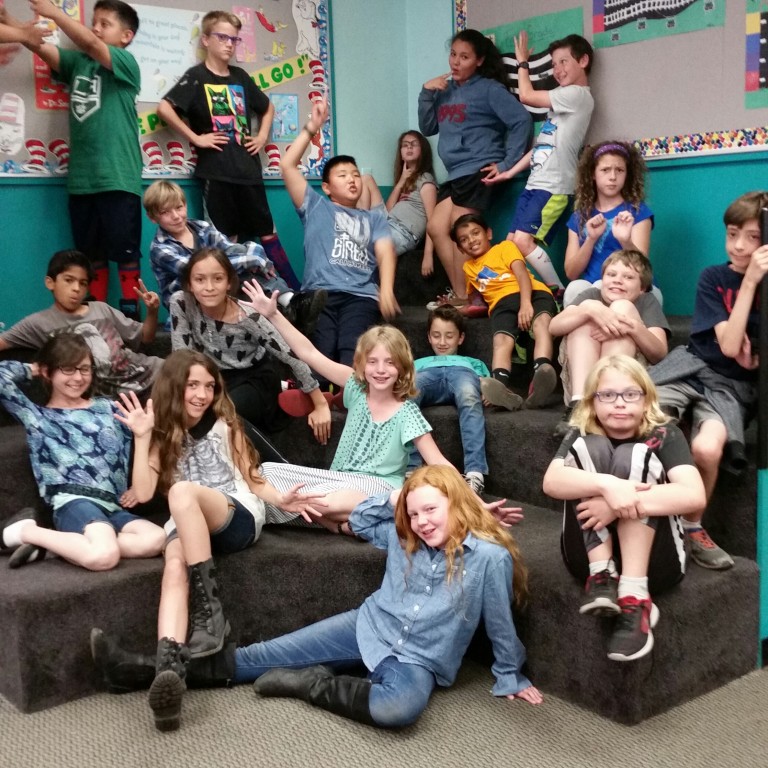 Roosevelt fifth-graders are set to perform at Flappers. (Photo Courtesy of Steve Saracino)

“Through improv, the students learn THE most important part of any conversation: listening. Since there is no scrjpt, it’s paramount that the student/actor uses their listening skills to create a scene that makes sense.”

“It’s not about being funny. Its about listening and responding appropriately,” he added.

In the time that Saracino retired as a full-time middle school science teacher from Burbank Unified, he has developed his own regular comedy/stand-up performances at Flappers. He continues to direct improv as part of the fourth- and fifth-grade GATE (Gifted and Talented Education) program at Roosevelt Elementary, for the second year in a row.

“The very first exercise/handle we do is “Yes, and…” in which the actor takes what the other actor has said, then adds to it to advance the scene,” he explains. 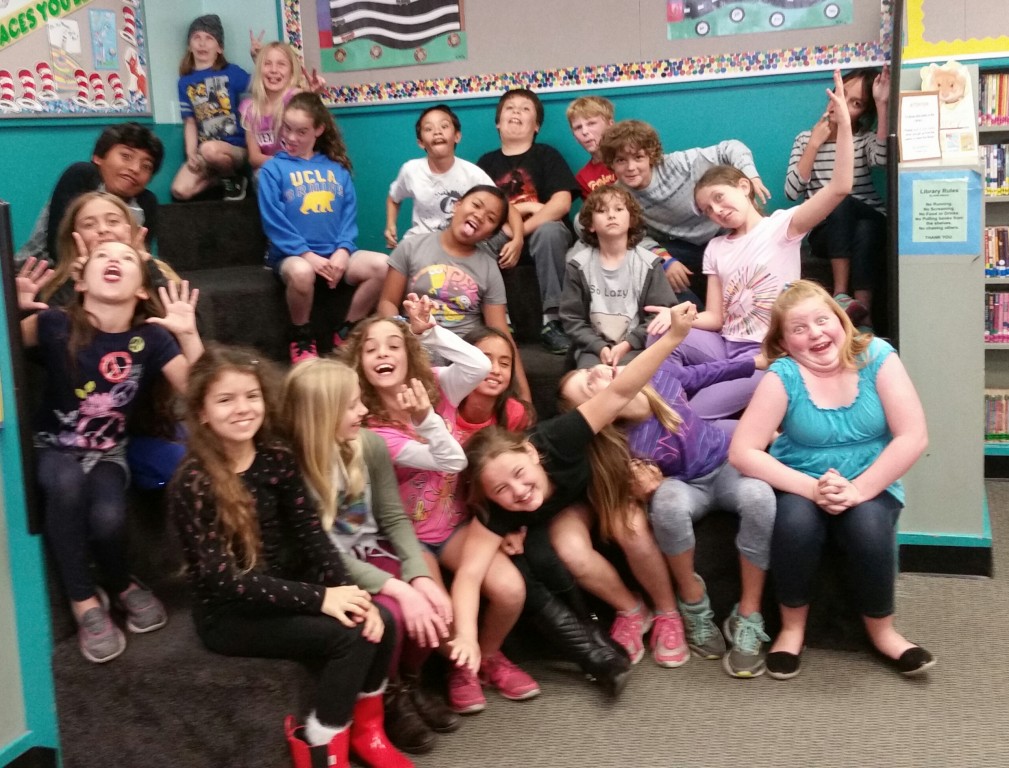 “Other handles include ‘Hitchhikers With Emotions,’ ‘5-Headed Oracle,’ ‘Tell a Story,’ ‘Slide show,’ ‘Emotional Symphony,’ ‘What are You Doing?’ and ‘Freeze, Tag.’ In each, the underlying concept is to listen first, then respond.”

“Flappers is a very community oriented club, offering classes to both adults and kids alike in stand-up and improv,” said Saracino. “The owners, Barbara Holliday and David Reinitz, work hard to not only bring quality comedy to Burbank, but also educate those who want to try their hand at stand-up. I’ve been a comic there since September 2015.”

The show costs $10 at the door, but a discount for half-price tickets can be found here: http://bit.ly/22YhYn2.

“The kids are really excited,” he added.

Some sixth-grade alumni from the Roosevelt improv workshop are also expected to join in on the fun onstage.

Flappers is located at 102 E. Magnolia Boulevard in Burbank. 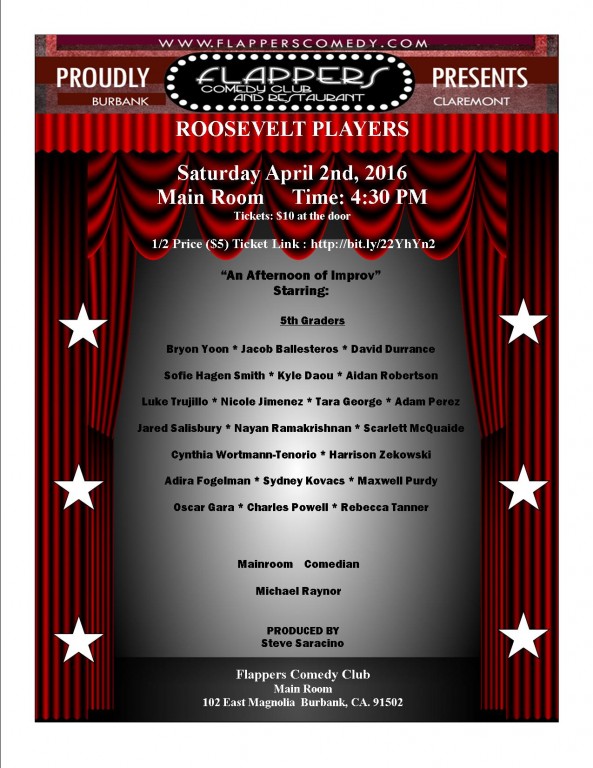