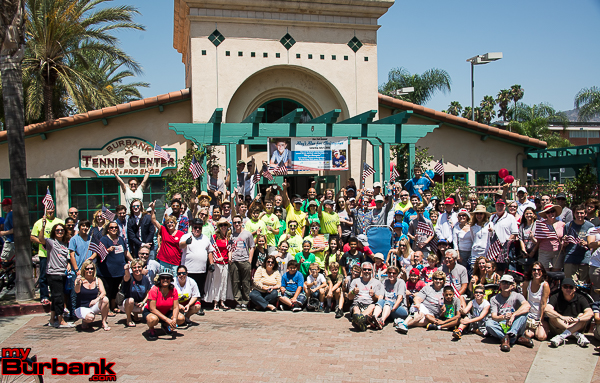 Roy Wiegand successfully completed his second 100 mile run from the Children’s Hospital of Orange County to McCambridge Park in Burbank in a heroic effort to raise money for the Michael Hoefflin Foundation for Children’s Cancer.

Flanked by 50 fellow runners and cyclists as he crossed into Burbank, Wiegand was met by the Burbank Police and Fire Department which provided him an escort through the city on the way to his goal at center court in the park’s Burbank Tennis Center.

Wiegand’s run honors the memory of a family friend, Christopher Wilke, who died at the young age of 12 from bile duct cancer in 2014. Christopher’s family joined him at the Tennis Center, along with Leah Valles, also 12, who is a skin cancer survivor. Leah ran the final leg of the race with Wiegand, wearing her distinctive “Sunblock Stinks, Cancer Stinks More” shirt.

A large crowd welcomed Wiegand as he completed the run, with many sporting “Team Christopher” T-Shirts.

Other than the need for creating additional cancer awareness, Wiegand also attracted money from pledges and donations to drive towards a target of $25,000 for the Hoefflin Foundation. 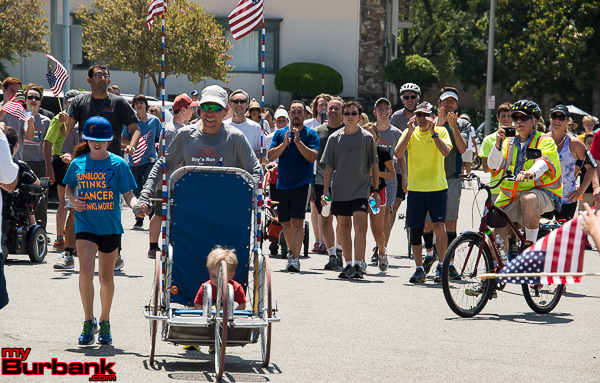 Several Burbank dignitaries, including Mayor Bob Frutos and Vice Mayor Jess Talamantes, honored Wiegand for his efforts, and Wiegand himself was asked to say a few words for the crowd. A humble man, and of course exhausted from the run, he simply stated “It was for the family of Christopher,” and proceeded to thank those who assisted during the 100 mile ultra-marathon. 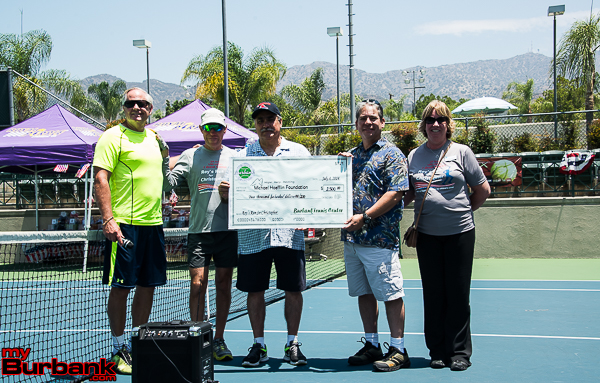