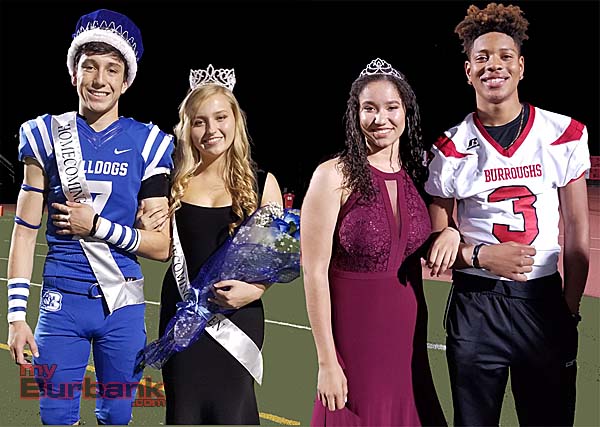 Both Burroughs and Burbank announced their Homecoming Courts in ceremonies held before the BIG GAME Friday, November 3.  (Photography by Ross A. Benson)