S’WONDERFUL: The New Gershwin Musical is a song-and-dance delight. The show is true both to the music and the youthful Roaring 20s spirit that gave it life.

Fans of George and Ira Gershwin will hear over 40 classic hits, including “I Got Rhythm,” “Stairway to Paradise,” “Nice Work If You Can Get It,” “The Man I Love,” “Summertime,” “Fascinating Rhythm,” “Strike Up the Band,” “Funny Face,” “Embraceable You,” “They Can’t Take That Away From Me” and “Someone To Watch Over Me.” 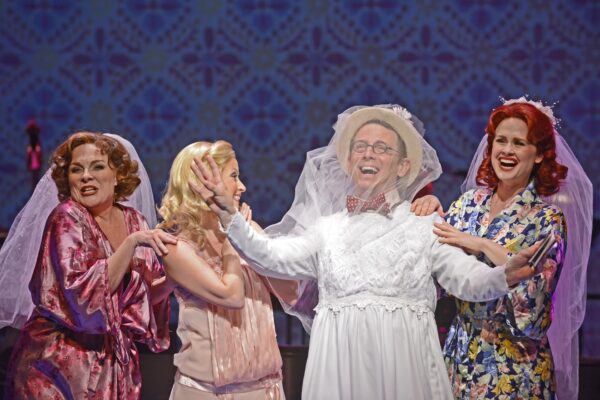 Several mini-musicals frame the singing and dancing within New York City in the Roaring 20s, New Orleans in the 50s, Paris during World War II, Hollywood in the 40s and the digital world of today. All of them are charming romances that capture the playful spirit of the early musicals. And CHARLIE WILLIAMS’ great choreography shows us why the young folks of Gershwin’s day made his energetic, soulful music their very own. 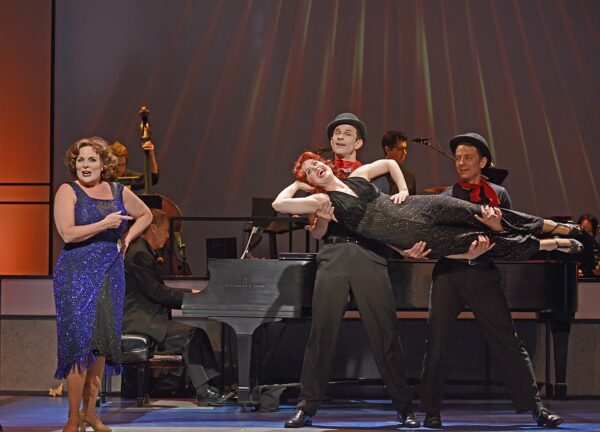 And so I was a little sad to see an audience last Saturday night that was almost all over 50. Don’t get me wrong; I resemble that last remark. And the music of the Gershwins, approaching the century mark, is clearly outliving its original audience. But why wait until you can join AARP before you discover one of the great chapters in the American Songbook?

You young whippersnappers, I wonder what you really know about the Roaring Twenties. Come, let us imagine together what it was like to be a newly minted adult back when George or Ira Gershwin were really hitting their stride. You’re a twenty something in, say, ‘27. For the first time in history, you and your sweetie can smooch far from the prying eyes of parents and assorted chaperones, thanks to the automobile, finally no longer a “rich man’s toy.” The more adventurous among you were definitely driving one. A certain drug—aka alcohol—was not only made illegal but unconstitutional. You drank the stuff anyway, probably from a hip flask. New York, which was always buzzing with energy, was even more frenetic. Songs blared from a modern marvel, the radio, which networked your young generation together. Chances are you had a relative—maybe an uncle or older brother—who was very disillusioned about the European charnel house labeled as World War One. His new mistrust of authority probably rubbed off on you. And you had hip, cynical commentators like H.L. Mencken, the Stephen Colbert, if you will, of his day. Movies were still a new thing as were the demigod celebrities that sprang from them. And Lucky Lindy had just crossed the Atlantic in the Spirit of St. Louis.

Throw into this mix of marvels dancing that was light years from decorous and music that was infectious. The Gershwins’ music, crafted in Broadway’s Tin Pan Alley, was the Laurel Canyon of the 20th century’s pre-rock music earthquake.  The now-classic “Rhapsody In Blue,” which runs through the show like a golden thread, was quite literally an experiment, part of Paul Whiteman’s 1924 “An Experiment In Modern Music” concert in NYC’s Aeolian Hall.

Now let this amazing era soak into your bones and then go see S’Wonderful.

S’Wonderful performs only though April 20 so hurry. It’s at The Richard and Karen Carpenter Performing Arts Center, located at 6200 Atherton St., Long beach on the campus of California State University, Long Beach. Performances are Thursday and Friday evenings at 8 p.m., Saturdays at 2 p.m. and 8 p.m. and Sundays at 2 p.m. (No evening performance Thursday, April 10.) Ticket prices range from $17 to $85. Children and group discounts available. For more details, call the Box Office at 562-856-1999, Ext. 4, or go online at www.musical.org.