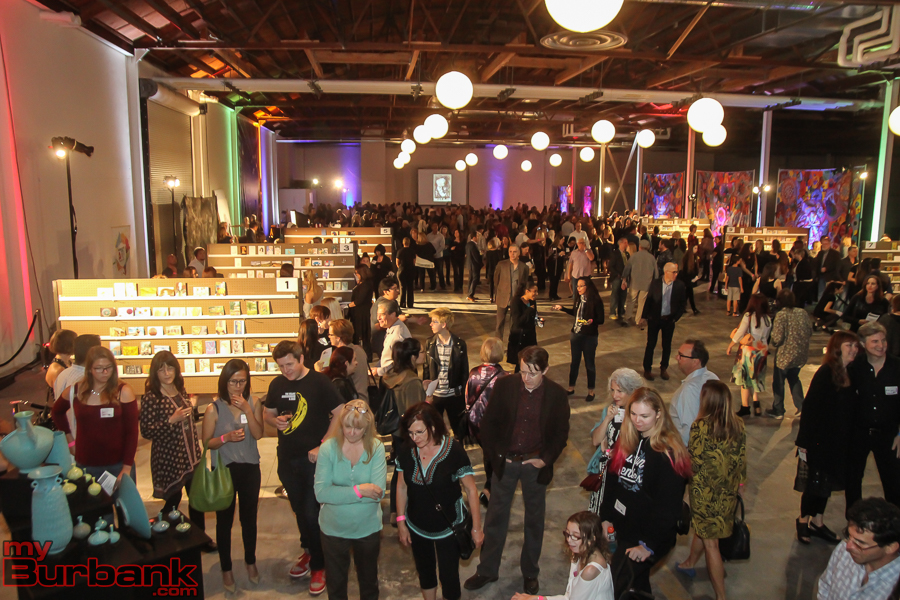 About 400 people attended the Secret Art Show 2016 on Saturday, November 5, at The Burbank Studios. The annual event, put on by Burbank Arts For All Foundation, raises funds for arts education in Burbank Unified schools.

“Burbank Arts for All Foundation was thrilled to host our fun, funky Secret Art Show for the fourth year,” commented Foundation Executive Director Trena Pitchford. “Throughout the night, our community shared in the magic of the visual arts, whether it be selecting their first work of art or curating additional pieces to add to their own private art collection.”

“We are extremely grateful to the hundreds of guests who joined us on Saturday night, to the hundreds of Secret Artists who donated their mini-masterpieces and to our volunteers, our sponsors and partners who helped to ensure the event’s success.”

Artists, parents and donors, along with entertainment industry executives, designers and tradesmen and women, attended the event.

Although the Foundation did not release an estimate of the amount of funds raised so far, they noted the remaining artworks from the event are available from Wednesday, November 9, through Friday, December 2 via the Foundation’s online gallery.

“Burbank Arts for All Foundation remains committed to furthering creativity in the classroom and, although we are celebrating our tenth Anniversary Year, we still have much more work to do in partnership with Burbank Unified,” added Pitchford.