Many boys and girls in Burbank benefit every day from the efforts of the 2012 Woman of the Year.

Shanna Warren, chief executive officer for the Boys & Girls Club of Burbank and Greater East Valley, was lauded by civic officials and friends Saturday during the annual luncheon presented by Zonta Club of Burbank Area at the Castaway. 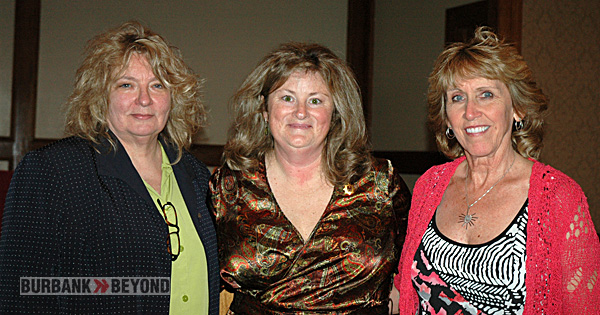 Warren has led the after-school program for youngsters from low-income families since 2004. She started as a volunteer 11 years ago, but was compelled to leave her career as marketing director to work full time for the club.

Under her leadership the club has grown from one site serving 75 youth to 17 locations providing care for more than 1,500 youth a day. In August, two more facilities opened in La Crescenta and Sun Valley that serve 200.

But that’s not all she does. Two years ago, she helped create the Burbank Non-Profit Coalition, made up of a dozen non-profit organizations that partner on projects, share resources and seek to reduce duplication of services. Over the summer, the coalition provided free haircuts, dental and medical exams and backpacks for more than 500 youngsters during a Back to School Fair.

Mayor Dave Golonski noted that the Woman of the Year program left out one of the words in the title.

“It should have read Shanna Warren — Super Woman of the Year,” he said. “Listening to your accomplishments we are feeling like slackers. You are changing and saving lives every day.”

Rep. Adam Schiff attended the event and commended her for her tireless efforts.

Zonta President Grace Farenbaugh, who chaired the event, announced that a $500 donation will be made from the Zonta group to the Boys & Girls Club.

“Shanna is the perfect example of if you want to get something done, ask a busy person,” Farenbaugh said.

Warren was not only touched but embarrassed by all the accolades bestowed upon her, she said.

“This means a lot to me. I will never forget it. My wish is that years from now when my daughter comes across the program from today I hope she grows up to be a strong woman who wants to help others. That would be my ultimate success story.”