Burbank Police received calls of a hit and run in the intersection of Edison and Valley Street. Upon there arrival, they found no cars but a fire hydrant that was knocked off and spraying water some 50-75 feet high. They located the car responsible for the damage a block and a half away on Valley Street with a very wet driver standing next to her damaged auto. 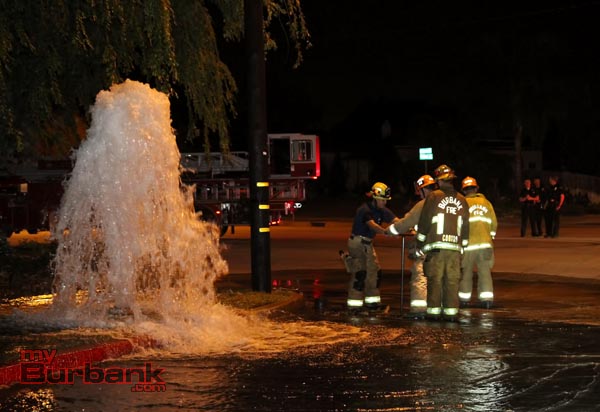 Burbank Firefighters attempt to shut the valve that controls water from this sheared fire hydrant at Edison & Valley Streets. (Photo by Ross. Benson)

The Police Department then notified the Fire Department who responded with an engine company and a truck company, but firefighters had trouble shutting down the flow and requested Burbank’s Water Department to respond. Some of the first units on scene reported the water hitting power lines above so they kept all parties away from the flowing water until they confirmed the lines were not a danger.

The car that struck the hydrant was located a block away on Valley Street, minus its bumper. (Photo by Ross A. Benson)

Several residents called the police department as water was flowing through their neighborhood for over 30 minutes, thinking there was a broken water main. Thousands of gallons flowed down the street until all the mains could be shut down.

The driver was not cited, but will be responsible for the repairs. 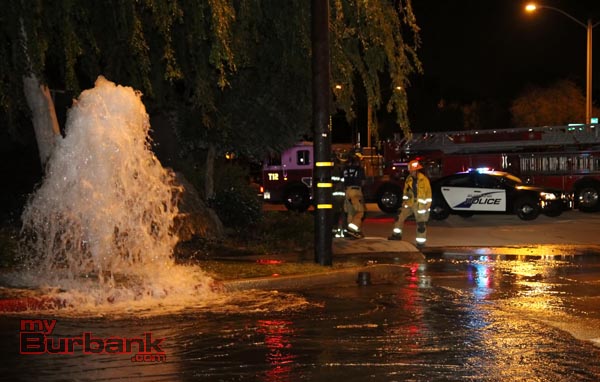 Plenty of water flows from a sheared fire hydrant at Edison and Valley Streets. (Photo by Ross. Benson) 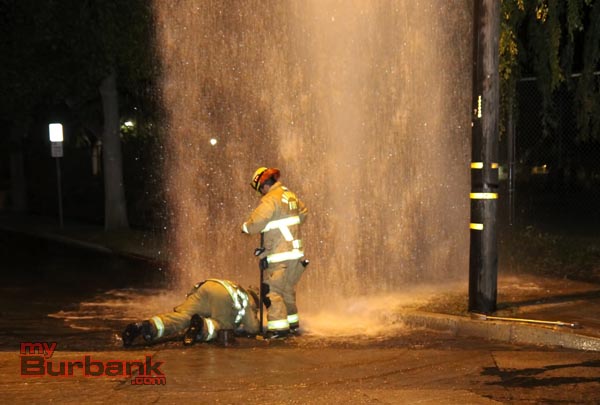 Burbank Firefighters attempt to shut the valve that controls this sheared fire hydrant at Edison and Valley Streets. (Photo by Ross. Benson)