Evening traffic near Screenland Drive and Heffron Drive was detoured after a driver struck a light standard causing the pole and hot electrical wires to land in the street. 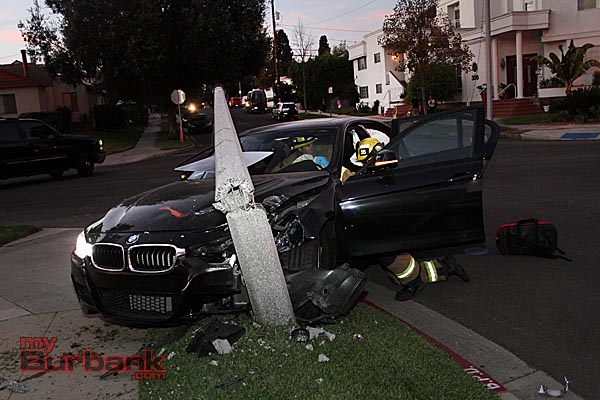 Burbank Police along with Burbank Fire Fighters responded after receiving calls of a single car that had struck a light standard with the cement pole coming down across the car. Emergency personnel made sure it was safe to treat the male driver as charged wires were exposed.

The driver was removed safely and transported to Saint Joseph Medical Center with what appeared to be minor injuries.

Burbank Police traffic officers at the scene reported that the driver appeared to suffer from a medical condition causing the accident and they did not detect any signs of alcohol or drugs involved.

Burbank Water and Power crews responded and cleared the damaged light pole, and safely energized the power supplying it. 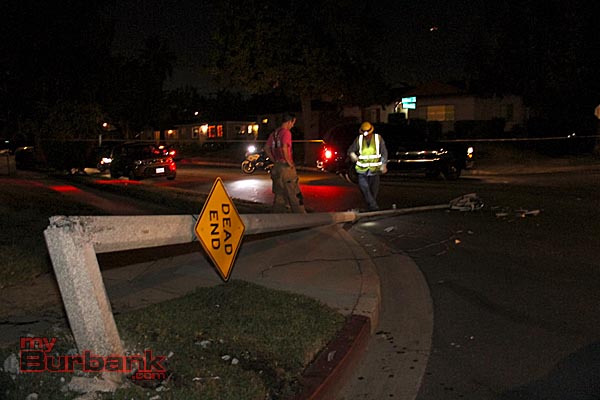