Just after noon on Saturday, a full assignment of Burbank Fire Department units consisting of three Engines, two Trucks, one Rescue Ambulance, and a Battalion Chief, was dispatched to a reported house fire at 840 E Cedar Ave. 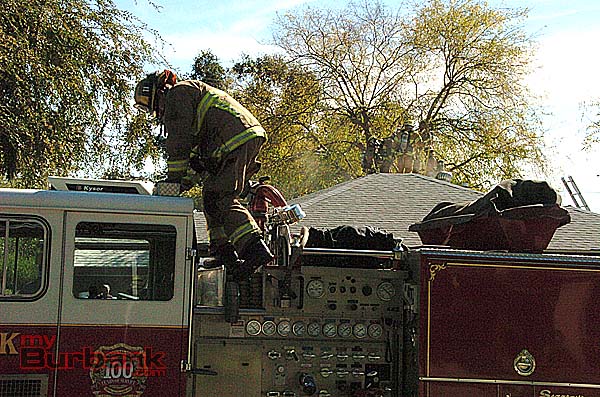 Engine 11 was on scene quickly and reported an outside vegetation fire up against the house with possible extension into the attic of a single story home. All occupants were out of the structure and were attempting to extinguish the fire with a garden hose.

The fire had already spread into the attic by the time firefighters had arrived on scene and ladders were quickly thrown to the roof so they could assist in fighting the fire from above. The fire in the attic was knocked down quickly as it was a small area in the rear portion of the home. 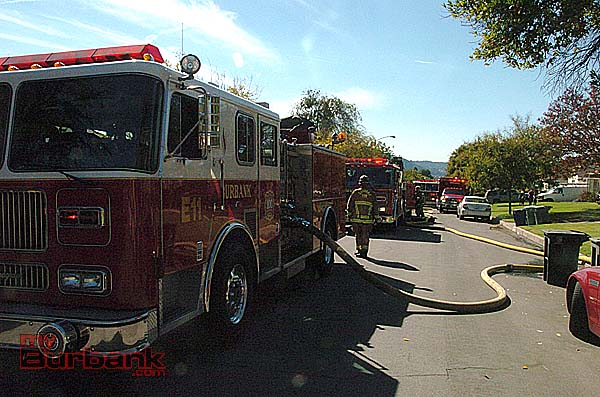 The cause of the fire has not yet been determined and a total damage loss estimate was not available, although damage to the interior of the home was minimal.

No injuries were reported