In what witnesses said was a spectacular car accident Friday evening sent one person to LA County USC Trauma Center with traumatic injuries and another to Providence St. Joseph Medical Center with minor injuries and for observation. 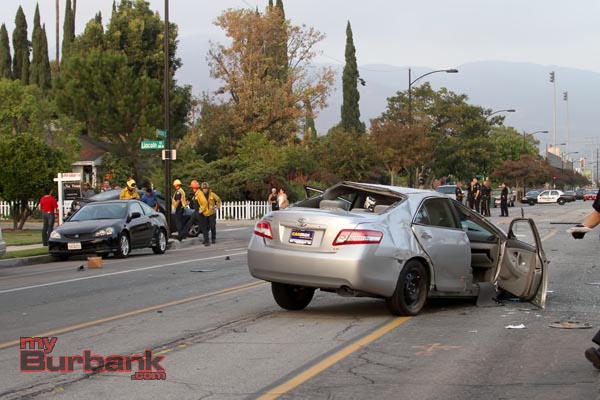 The Burbank Police Traffic Department are still investigating this wild traffic accident that sent one car flipping end over end several times before coming to a rest in the middle of Verdugo Avenue. Debris littered the street close to two city blocks long.

It was reported that the driver of a newer Toyota Camry was west bound Verdugo Avenue at an extremely high rate of speed passing cars in the center of the street, then he struck a parked car, then another and then collided with a car at approximately Lincoln Street. That’s when his car then was catapulted into midair flipping over several times to finally come to rest at approximately mid block on Verdugo west of Lincoln Street. 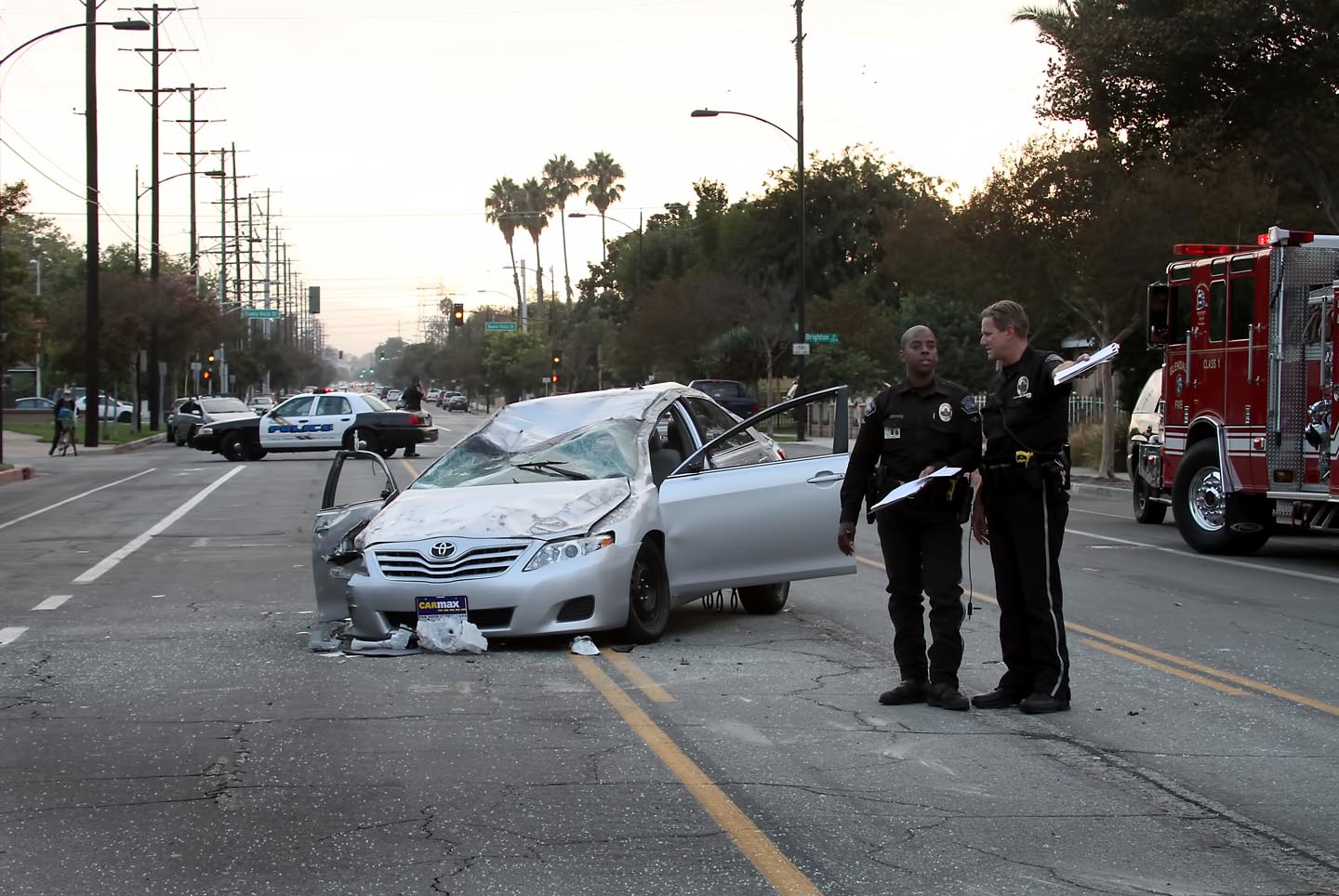 Verdugo remained closed for over an hour while traffic officers recorded measurements and took witnesses statements.

According to Burbank Police, it’s being investigated that the driver might have suffered from a possible medical condition this causing this accident.

The investigation is on going by Burbank Police. 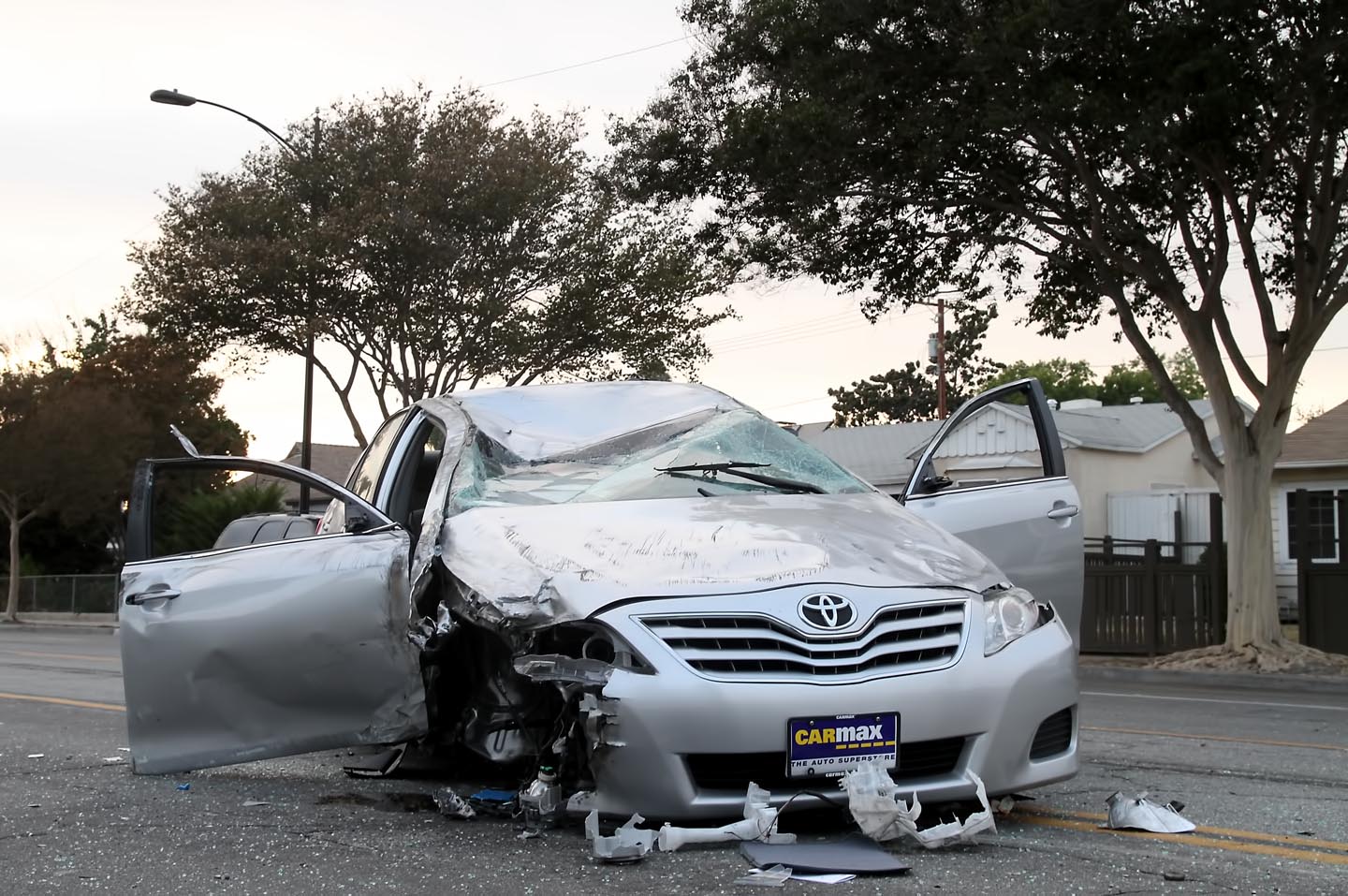 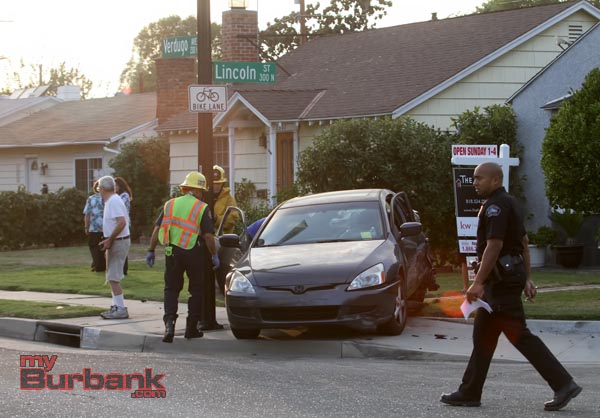 Glendale Firefighters treat one of the patients that was struck during accident. (Photo by Ross A. Benson)